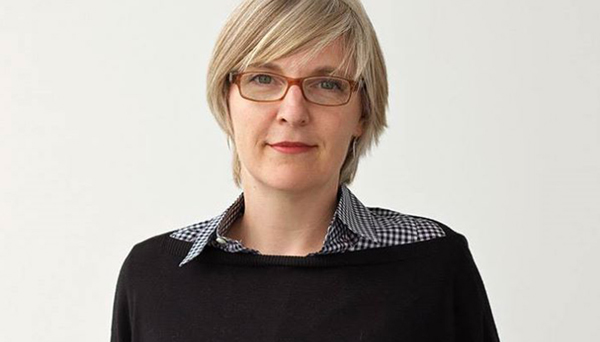 The announcement of Molesworth’s departure shocked and dismayed many in the Los Angeles art world. But some MOCA insiders have also said she contributed to a toxic work environment.

LOS ANGELES — As reported on Tuesday in the Los Angeles Times, Helen Molesworth, the chief curator of the Museum of Contemporary Art, has been fired. When she was hired in 2014 by then-new museum director Philippe Vergne, the move was seen by many as the first step in getting the institution back on track after a long decline. The museum had weathered a major crisis under the leadership of previous director Jeffrey Deitch, which saw the untimely resignation of curator Paul Schimmel in 2012 after 22 years on the job. “Hiring Molesworth is a further sign that Philippe Vergne, who became director in March, is setting the ship to right after the tumultuous Jeffrey Deitch era,” Sarah Cascone wrote at the time in Artnet.

During her tenure, Molesworth was praised for supporting women artists and artists of color, organizing a critically lauded and popular retrospective of the African-American artist Kerry James Marshall, as well as an exhibition of work by Brazilian artist Anna Maria Maiolino, part of the Pacific Standard Time: LA/LA initiative.

The announcement of her departure shocked and dismayed many in the Los Angeles art world. Artist and MOCA board member Catherine Opie was told by Vergne that Molesworth was fired for “undermining the museum,” according to the LA Times, to which she replied, “I think you have made a terrible mistake.”

“I was very excited and rooted for her coming to LA,” artist Lari Pittman told Hyperallergic. “I knew her as an artist’s curator. Many curators are board-identified or collector-identified. She is that rarity that is artist-identified….There could be certain aspects of our society that see it as undermining, while some that see it as rebuilding and rethinking,” he said, referencing Vergne’s comments. “It depends on how you look at it. Rethinking the state of our museums is not undermining.”

Pittman recently resigned from MOCA’s board over several issues, including the overall lack of concern for diversity and the role of former board member Steven Mnuchin (Secretary of the Treasury under Trump), that he said were not addressed when he brought them up.

Lauren Halsey, a young artist who recently opened a site-specific installation at MOCA, echoed Pittman’s sentiments about Molesworth’s commitment to artists, especially those institutionally under-recognized. “I don’t understand how someone who has been so deeply invested in art, in people of color, in women, was let go,” she told Hyperallergic. “Without her there, I have no idea what the show would have been for me.”

Some observers see Molesworth’s ouster as symptomatic of a struggle between her progressive ideals and the status quo, epitomized by Vergne who curated three shows of white male artists — Carl Andre, Matthew Barney, and Doug Aitken — since arriving.

“Firing Molesworth seems like an act of institutional manspreading,” artist Micol Hebron told Hyperallergic via email. Through her Gallery Tally project, Hebron has kept track of the gender breakdown of artists represented by dozens of galleries. “We have seen three high-level women in the arts fired recently (Helen Molesworth at MoCA, Laura Raicovich at the Queens Museum, and María Inés Rodriguez at the Musée d’Art Contemporain in Bordeaux) — each for being ‘too’-something; too political, too outspoken, too feminist, too invested in diversity.”

Despite the framing of Molesworth’s exit in these terms, some MOCA insiders took issue with this characterization, describing her as a talented and ambitious curator, but also as a boss and colleague who created a toxic environment. They paint Vergne as a hands-off museum director who was generally supportive of Molesworth.

“This is not an issue of gender inequality like Christopher Knight painted it,” a former MOCA employee who wished to remain anonymous told Hyperallergic, referring to the LA Times art critic. “She did not get fired because she is a woman.”

“At first, it was a huge relief to have her. She said all the right things about getting the place organized and doing things properly that had been haphazard before. She was clearly a brilliant curator, and her strong feminist and multicultural voice was perfectly on point,” David Bradshaw, the former Technical Manager for Exhibitions at MOCA, told Hyperallergic via email. “I was the last of a particular group of people that she targeted for removal from the moment she arrived — long-time staff whose personalities rubbed her the wrong way. There wasn’t any rhyme or reason to her condemnation of these people, she just latched on to them and assaulted them psychologically and emotionally until they either quit or were beaten down with lists of fabricated missteps to justify their labelling as inept and fired … I worked at MOCA for 28 years until Helen fired me a year and a half ago.”

Other sources Hyperallergic contacted spoke of the retirement of Alma Ruiz, a longtime MOCA curator who left shortly after Molesworth and Vergne arrived. “The optics on Molesworth’s dismissal are bad, but also confusing. It is important to tie this conversation into the ‘retirement’ of Alma Ruiz, a senior curator who had been with the institution for three decades,” one prominent local curator told Hyperallergic, who asked to remain anonymous. “The public appearance is that Ruiz was pushed out by the new director and around the time of Molesworth coming on board. While it may be easy to paint the ‘creative differences’ between Vergne and Molesworth as one of the director favoring blue-chip white male artists, and the curator wanting to create a more inclusive platform for women and artists of color, what can be said about the urged retirement of the long-term senior curator of color, who had been doing that work all along?”

Matt Gleason, founder of the gallery Coagula Curatorial put it more bluntly. “All MOCA personnel present for the firing of Alma Ruiz are on my unforgivable list, no sympathy for Molesworth, she didn’t shed any tears for Alma.

“If this was baseball imagine how terrible MOCA would be viewed as a baseball team making a trade. In an urban megalopolis that is 60% Latino, our team, MOCA, traded both the leading American Latina curator of contemporary art and the greatest curator since Walter Hopps (Paul Schimmel) and what did we get in return? We got an aloof European Carl Andre fan and the blandest white feminist imaginable. There is no hope for an Institutional World Series for MOCA any time soon.”

The exact reason for Molesworth’s firing may never be known, but for many this latest disruption can only be viewed as a disappointing sign of deeper structural issues.

“I believe she and Philippe are both visionaries but ending her tenure in this way is a sign of something bigger that is wrong in the institution,” Connie Butler, Chief Curator of the Hammer Museum, told Hyperallergic via email. “I can only hope that MOCA will find its footing and regain the confidence of its audience and constituencies.”