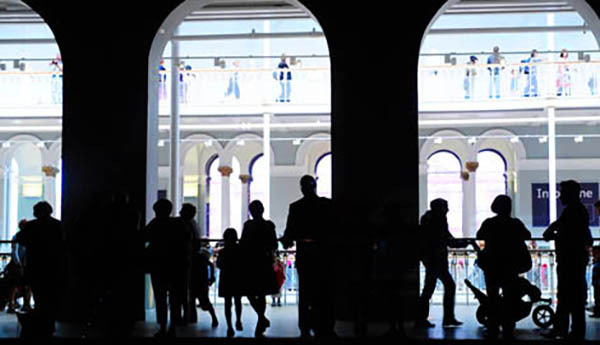 National committees ask for vote on new wording to be postponed.

Published in July, the new wording defines museums as “democratising, inclusive and polyphonic spaces”, and says they should aim to contribute to “human dignity and social justice, global equality and planetary wellbeing” (see full definition below).

According to the Art Newspaper, 24 national branches of Icom have asked the council to postpone a vote to adopt the new wording, due to be held on 7 September at Icom’s general assembly in Kyoto. The committees calling for a delay include France, Italy, Spain, Germany, Canada and Russia, along with the international committees of five museums.

The chair of Icom France, Juliette Raoul-Duval, told the newspaper that the new definition was an “ideological” manifesto that had been “published without consulting”.

The first hint of a rift behind the scenes came when François Mairesse, a member of the committee tasked with rewriting the definition, resigned from the board in July.

Mairesse, who is a professor at the Sorbonne University in Paris and also sits on Icom’s museology committee, told the Art Newspaper: “A definition is a simple and precise sentence characterising an object, and this is not a definition but a statement of fashionable values, much too complicated and partly aberrant.”

The head of Icom Germany, Klaus Staubermann, expressed concern that the new definition did not contain key words such as “education” and “institution”, which he said would have an impact on legislation in Germany. But he told the Artnet news site that his call for postponing the decision was less about those specific concerns and more about giving time to “address and accommodate everyone’s concerns”.

The disagreement is part of wider battle between the traditionalist and progressive wings of Icom, according to several people with knowledge of the situation.

According to one source who spoke to Museums Journal, a previous Icom group had been working on the definition but was stood down over concerns that it was too eurocentric and not representative of the worldwide museum community. The new committee was formed with the intention of being “more global and representative of progressive museum thinking”.

The source believes the current controversy was planned in response to this change, saying that the council’s “traditionalists” saw the rewriting of the definition as an “encroachment on their territory”.

The rift also comes amid wider divisions among the museum sector in France, where there has been a backlash against president Emmanuel Macron’s support for the restitution of colonial-era artefacts. “Some people feel under threat from new thinking and the new definition is alarming them,” said the source.

Another sector professional said they felt Jette Sandahl, the Danish curator who led the definition committee, had been “hung out to dry”, adding that the new wording had been fully consulted on and signed off before it was published.

The new definition has met a mixed reaction from museum professionals in the UK. A recent Museums Journal poll found that 62% of 226 respondents did not believe it captured what a museum is in the 21st century, although many expressed concern over the statement’s inaccessible wording rather than the ideological shift it represents.

The Museums Association’s director Sharon Heal said: “Full credit to Icom for reviewing its definition of a museum – it’s interesting that there has been a backlash against the new wording. The existing definition is over 50 years old and I think we need to pause and reflect on how much society has changed in those 50 years. Are we really saying that definition and purpose of museums remains the same?

“Over the past decade there has been a transformation in how museums and museum workers respond to the big changes in society. Co-production, participation and socially engaged practice are just some of the ways that we connect to communities and enable the telling and sharing of many varied stories and voices. The big issues in society, from homelessness and poverty and to decolonisation and climate crisis, need to be reflected in our museums and in our definition of what a museum is.

“If we are to be relevant to diverse, multi-layered, socially connected communities we need to constantly review and refresh our definitions and our ways of working based on our values and the challenges that we face.”

What is a museum?

The proposed definition: “Museums are democratising, inclusive and polyphonic spaces for critical dialogue about the pasts and the futures. Acknowledging and addressing the conflicts and challenges of the present, they hold artefacts and specimens in trust for society, safeguard diverse memories for future generations and guarantee equal rights and equal access to heritage for all people.

“Museums are not for profit. They are participatory and transparent, and work in active partnership with and for diverse communities to collect, preserve, research, interpret, exhibit, and enhance understandings of the world, aiming to contribute to human dignity and social justice, global equality and planetary wellbeing.”

The current definition: “A museum is a non-profit, permanent institution in the service of society and its development, open to the public, which acquires, conserves, researches, communicates and exhibits the tangible and intangible heritage of humanity and its environment for the purposes of education, study and enjoyment.”