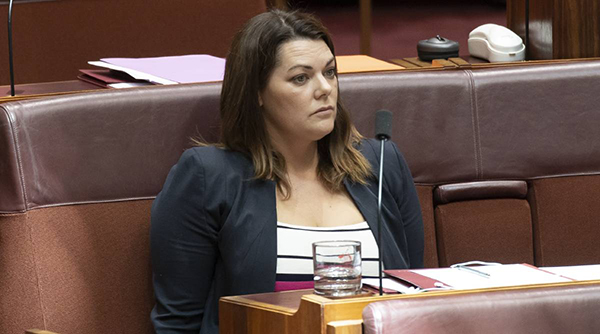 Sarah Basford Canales, About $27 million of nearly $300 million in arts funding has been spent during COVID-19, senate estimates hears, The Canberra Times, 21 October 2020

About $27 million, or 10 percent, of a funding package designed to help the arts industry during COVID-19 has been spent so far, a Senate estimates committee has heard.

The Department of Infrastructure, Transport, Regional Development and Communications appeared before an estimates committee on Wednesday morning to answer questions about an arts funding package totalling $700 million.

The $700 million figure was a seven-year commitment with around $300 million being dedicated to the current 12-month period.

Ms Spence said there was $27 million being delivered to Indigenous visual arts and regional arts projects, $22.9 million to cultural institutions and $250 million for the JobMaker program.

When asked by Senator Hanson-Young how much money had actually been delivered to end recipients, Ms Spence said only the $27 million for Indigenous and regional arts had been spent so far.

There was also $49.5 million allocated to 20 productions as administered by Screen Australia, however, Ms Spence said none of that money had been used by the film body yet.

“My understanding is it hasn’t been required to be used yet … but they do have certainty that the money will be available if it’s needed,” Ms Spence said.

Ms Spence directed further Screen Australia funding questions to its appearance at estimates on Thursday.
“So, the only money that has walked out the door is $27 million in the midst of one of the worst hits on the arts and entertainment sector in Australia’s history,” Senator Sarah Hanson-Young said.

Ms Spence responded that work was underway and more funds would be “going out the door” in November.
“We’re certainly very committed to making sure we can actually get the sector able to be providing activities and being able to start productions again,” Ms Spence said.