You are here: Home » Articles filed under: 'News' » Article: '$3 B Ramsay Centre for Western Civilisation'

$3 B Ramsay Centre for Western Civilisation 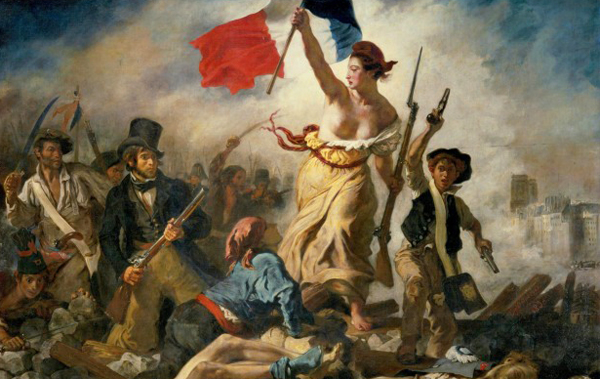 Liberty Leading the People is a painting by Eugene Delacroix commemorating the July Revolution of 1830, which toppled King Charles X of France. This is one of the key images used by the Centre in promoting its activities. Erich Lessing / Art Resource, NY / Artres.

“I get a little impatient when people are apologetic about Western civilisation,” says former prime minister John Howard who on Monday launches a new think tank and university course dedicated to understanding the ideals of the West.

The Ramsay Centre for Western Civilisation, which comes with a $30 million a year endowment, claims a bi-partisan outlook: board members include a former Labor leader, Kim Beazley and a unionist – albeit a conservative one – Jo de Bruyn, National President of the Shop, Distributive and Allied Employees Association. Former prime minister Tony Abbott is also on the board.

Speaking to The Australian Financial Review Mr Howard, who is to be chairman of the centre, said, “Western civilisation has got to be taught as the contribution of Greek and Roman heritage, the Judeo-Christian ethic, the Enlightenment and the British iteration of parliamentary democracy and civil and common law. And of course the Protestant revolution – because of the role it gave to the individual.”

“All this has to be understood holistically, not just one or other aspect of it,” he said.

He said he becomes impatient when people are reluctant to defend it. “Of course it has its share of moral failures – all civilisations do. But Western civilisation values have really prevailed against many tyrannies – especially in the last 100 years. For example the defeat of Nazi Germany was a win for the aggregate values of Western civilisation.”

In an opinion piece published in today’s Financial Review, centre board member and former Labor leader Kim Beazley says in Australia the historical, philosophical, and cultural base of the Western tradition has diminishing saliency, especially in its cultural institutions.

“It really needs a systemic voice.”

The centre is the latest activity of the the $3 billion Ramsay Foundation which was was set up after the health industry magnate Paul Ramsay died in 2014. The money comes from Mr Ramsay’s personal estate, not the ongoing business.

Director of the new body, Simon Haines, says in his lifetime Mr Ramsay felt there was not enough awareness of Western traditions. “But he didn’t go to university and he didn’t come at this with the perspective of some professor.”

Professor Haines says the centre will offer 30 scholarships a year covering about $30,000 in living costs, text books and tuition for each student. Another 30 students will be enrolled every year on a non-scholarship basis.

The two universities to partner the project have yet to be announced but it’s understood they’re both on the east coast.

Professor Haines says the endowment will also allow the Centre to fund as many as 10 university teaching positions.

“University autonomy won’t be compromised. We won’t do the teaching. The money comes from us but the unis do the hiring.”