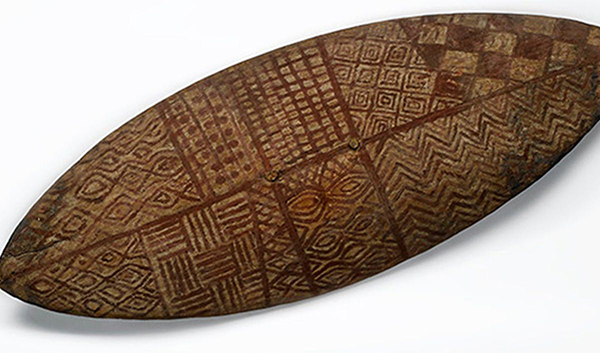 Campaigns for the repatriation of certain objects in prominent museums dominate media reporting on the fraught legacies of historical collections. The Parthenon (Elgin) Marbles, Benin Bronzes, and the “Gweagal” shield are among the most conspicuous examples.

Regularly discussed in books, featured on podcasts like Stuff the British Stole, and cited by journalists and commentators, these high-profile, highly charged objects encapsulate many of the issues at stake in how museums should go about redressing the violent colonial histories that contributed to the creation of their collections and ongoing injustices.

In Australia, the federal government has funded the Australian Institute of Aboriginal and Torres Strait Islander Studies to pursue the repatriation of collections in international museums.

The program was funded initially as part of its commemoration of the 250th anniversary of the Endeavour voyage led by Lieutenant James Cook – an expedition that marks the beginning of a long history of Aboriginal and Torres Strait Islander material culture being taken from Country to Britain and Europe where it entered public and private institutions.

During the same period this program was identifying collections for repatriation, we were researching Aboriginal and Torres Strait Islander material culture in UK and Irish museums. For three years, we carried out a survey, led by Gaye Sculthorpe, Curator and Section Head, Oceania at The British Museum, and assisted by Indigenous research fellows Dr Jilda Andrews and Michael Aird to answer the question: “What Indigenous Australian material culture actually exists in museums in the UK and Ireland now?”

Much of the discussion about the future of collections proceeds without a clear sense of what has survived – and misunderstandings about what does. Between 2016 and 2019, Sculthorpe visited over 45 museums in the UK to look at their collections. Indigenous Australian objects identified number about 38,400 in institutions across the UK and about 600 in Ireland. The total number includes around 16,000 stone tools from Tasmania.

The material includes bags and baskets, wooden artefacts like clubs, boomerangs and shields, shell items such as fishing hooks and decorative shellwork, as well as contemporary art. 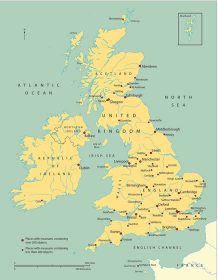 There is a mammoth task to rebuild knowledge about these objects and collections widely distributed in the UK and Ireland. Over time, knowledge has dissipated, and documentation and information lost. In many cases historical and contextual details for objects are scant, unreliable, illegible, or replete with misnomers, if not missing altogether.

Today’s bland and stubborn characterisations of museums as nothing other than engines of colonial theft, trickery and violence, as well as irredeemable essences of empire, are often easily unsettled and complicated by close and critical examinations of the objects they hold.

Contemporary critiques tend to focus on 19th-century attitudes, shaped at a time when museums imagined they were collecting from cultures and peoples facing extinction. Even then, however, interactions between cultures were transforming objects, object-making and other art practices.

Some Indigenous people collaborated with anthropologists in gift exchanges and in making collections of material culture, both to provide a resource for future generations to access and as an assertion of the value of their ways of life.

Three boomerangs in Paisley Museum, near Glasgow in Scotland, were made by Kirwallie Sandy, one of the best known Aboriginal men in the Moreton Bay region. He sold them for a shilling each on 15 December 1875 at Sandgate near Brisbane to traveller and naturalist James W. Craig.

Craig documented these details in his journal, although this information was not included in the museum records or exhibition labels. Michael Aird, with his deep knowledge of Brisbane’s Aboriginal people and history, has reconstructed the boomerangs’ story with Kirwallie Sandy at the centre.

Trade, purchase, exchange, gifting, commissions and agency – as well as theft, exploitation, violence and trauma – were all in evidence for the objects we researched, and sometimes in respect to the same one.

Working in partnership with Indigenous people and organisations to better understand the multiple meanings of surviving material culture is the foundation on which the future development and building of collections is taking place.

Some of the least documented objects are potentially of the most interest to contemporary people. For instance, a single, shell-worked bootie of the kind long made in Aboriginal settlements on the New South Wales south coast and at La Perouse in Sydney was identified by Sculthorpe in a box of undocumented, unidentified objects handed to her by a curator at Warrington Museum & Art Gallery near Liverpool in England.

This baby shoe was one of the first pieces of shell work identified in collections outside Australia. It was likely bought at auction after being exhibited – perhaps in a missionary exhibition or a display of women’s work. 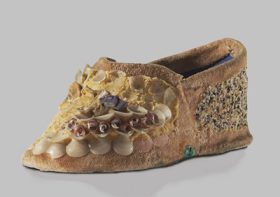 A shield at National Museums Scotland in Edinburgh was labelled only as “Australia”, but its form and the travels of its collector, Admiral John Elphinstone Erksine, in the mid-1800s suggest a NSW, possibly greater Sydney, origin.

The shield, remarkable for its intricate designs, has not (yet) garnered the attention it warrants.

If scholarship on Britain’s colonisation of Australia from the late 18th century onwards has produced anything it is an insistence on the plurality of encounters, experiences, and legacies.

This is due not only to the diversity of imperial travellers and colonial immigrants. There is growing recognition that Indigenous groups were diverse and distinct, sometimes as different from each other as they were to outsiders. The surviving material record is a testament to this; and its significance for expanding understanding and challenging conventional thought cannot be overestimated.

What emerged as we shared information about objects and collections with – and learnt from Indigenous people and “communities” in turn – was that repatriation was only one of several options they were interested in pursuing. 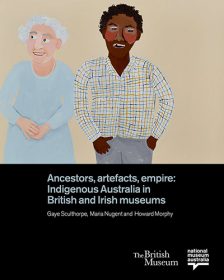 Recent experience of the repercussions of misinformation, leading to senior people being excluded from discussions, as Noeleen Timbery from the La Perouse Local Aboriginal Land Council in Sydney has explained, makes some groups cautious about how to proceed.

The La Perouse Aboriginal Land Council and other local groups are interested in working with overseas museums to ensure access to collections for educational and other purposes.

A new collaborative Australian Research Council-funded project with the Australian National University, the Museum of Archaeology and Anthropology, Cambridge, and The British Museum is working with them towards this aim.

It is vital to get things right. And getting things right takes time and resources. A concern for care, diligence, caution and time to work through the emotions that collections provoke – as well as to take charge of the decision-making about what should happen – are at the forefront of people’s minds when they learn of the objects in international museums their ancestors made.

This book Ancestors, artefacts, empire: Indigenous Australia in British and Irish Museums, edited by Gaye Sculthorpe, Maria Nugent and Howard Morphy (British Museum Press) will be launched at the National Museum of Australia in Canberra on December 2.