October 29th, 2020 | Browse other: News. | Tagged with: Australian attitudes to heritage, When it comes to heritage family history trumps museums | 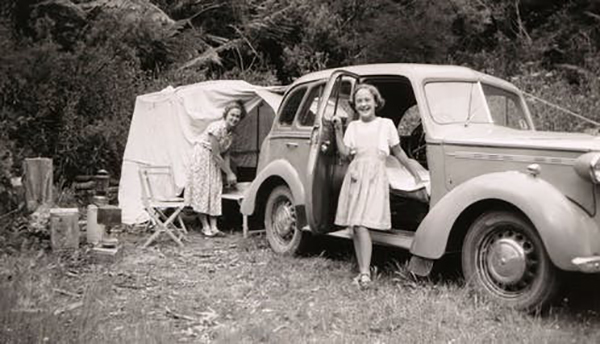 Heritage has significance. It’s evident in the furor over the mid-year beheading of Christopher Columbus statues in the US and the spraying of graffiti on Captain Cook statues in Australia. It’s also there in the popularity of television shows like Who Do You Think You Are? and Every Family Has a Secret.

But heritage — collections, buildings, archaeological sites, cultural traditions and other intangible traces of the past — matters in different ways to different people.

The most recognised, visited and liked heritage site in Australia is the Australian War Memorial; the least liked is Port Arthur.

We surveyed 1461 Australians, including a main sample and “boost” samples for Aboriginal and Torres Strait Islander peoples, and Italian, Lebanese, Chinese and Indian Australians. We asked about heritage visitation and memberships, and presented lists of types of heritage, so participants could nominate the ones they liked most and least.

Similarly, participants ranked a list of Australian and international places of heritage according to those they’d heard of, visited and/or liked. 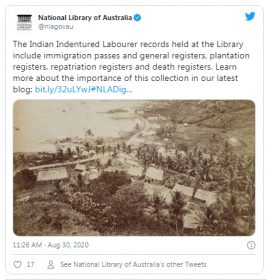 We found Australians’ tastes are heavily influenced by demographic variables like education, occupation, age and location.

More than half of those surveyed were almost completely disengaged or lacking in knowledge about public history: they rarely used the internet to search for it, did not hold national park or museum memberships, and they visited very few, if any, places of heritage in the year prior.

Still, some 41% of Australians hold multiple memberships and subscriptions to heritage organisations. Some are connected to a local history or archaeology club (4%), the National Trust (3%), a local or national museum (14%), a national park (8%), the History Channel (17%) or an online family history website (13.4%). They also use the internet on a monthly (17%) or weekly (19%) basis to seek out heritage information.

Those with tertiary and postgraduate qualifications are much more likely to have an active interest in public heritage. The same is true of those employed in managerial and high-level professional roles.

Some 23% of heritage lovers will engage with some of Australia’s heritage but are most interested in international places, such as Stonehenge, Angkor Wat, the Vatican Museums and Te Papa Tongarewa in New Zealand. This group, largely urban dwellers aged mid-30s to mid-40s, express interest in Aboriginal and migrant heritage too.

Another group (21%) has a deep interest in local area heritage, as well as cultural landscapes, open-air museums and sites depicting colonial/settler heritage, such as Port Arthur, Sovereign Hill and Fremantle Prison. These Australians are highly engaged at the domestic level, but have only a mild interest in international heritage. They tend to be in their mid-40s to mid-60s and live in small towns, semi-rural and rural/remote locations. 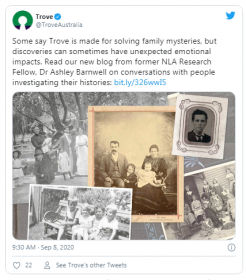 Family history — under the banner of private heritage — is liked more than any other heritage genre, with 57% of the main sample and 46% of our boost samples liking it best, followed by “Australia’s national heritage” and “world heritage”.

Family history is a favourite for Australians who self-identify as working class (38%) and those who claim middle-class status (44%). Only 9% of those who said family history was their most-liked form of heritage identified as upper-middle and upper classes.

This popularity was confirmed in follow-up interviews, with almost half specifically mentioning their efforts to learn about and engage with their family’s heritage.

Many expressed deep pride in particular features of their genealogies, like lineage (number of generations traced), identified individuals (well-known historical figures and those associated with national narratives), and a sense of “pedigree”. As one interview put it:

For another respondent, a source of great pride was traced through connections to Gallipoli:

Me, personally, my grandfather was in the first battalion that landed on Gallipoli … so I’ve grown up with that culture, that heritage.

Our data reveals family history is an area of heritage that appeals to broad swathes of the population (across ages, genders, a range of educational backgrounds and the working and middle classes) — and a few in the “upper classes” too.