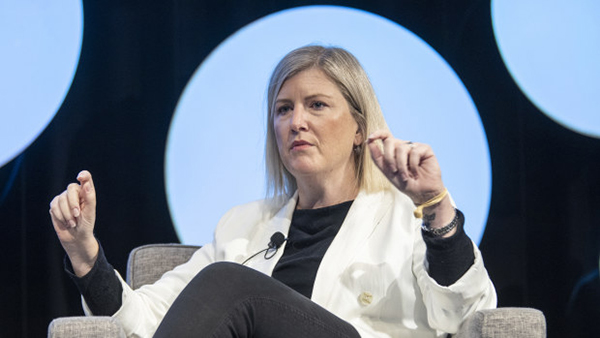 Canva’s astonishing valuation this week after its latest mega capital raise has sent optimism levels soaring within the local tech scene, but experts are warning it masks the reality that the opportunity to create a globally successful innovation sector will be squandered for lack of government support.

The pipeline of technology investment that began 10 years ago is yielding a roll call of high-profile deals and results: Canva is now valued at $55 billion, Afterpay has signed a $39 billion deal with US-based Square, both WiseTech and Atlassian recorded double-digit revenue growth this past reporting season and local start-ups are reaching ‘unicorn’ status with increasing regularity.

Australian venture capital firms poured $2.5 billion into start-ups between July 2020 and July 2021 and tech companies are clamouring for skilled workers to help accelerate their tremendous growth.

However, despite the shining lights of these extraordinary successes, there is a fragmented investment landscape and lack of national policy direction, which experts say risks failing to deliver broad-based economic growth across Australia’s industries.

“There is no doubt Australia’s tech sector is attracting capital and building great businesses, but we’re at the stage where we need the visionary piece, the thing that private capital can organise itself towards,” says Sally-Ann Williams, chief executive officer of Cicada Innovations, an accelerator that works with ‘deep tech’ or largely science-based start-ups.

“At the moment this success is all a bit random, and it’s not being directed into deep tech, the stuff that will ultimately change and reposition the entire Australian economy.”

Innovation policy in Australia at a federal government level has stagnated since the Turnbull-era Ideas Boom failed to resonate with voters. It reached a nadir when Christian Porter was dropped into the Innovation portfolio when he had to leave the Attorney-General role due to legal wrangling over unresolved rape allegations, which he denies.

Mr Porter has been all but invisible in the portfolio and the tech sector has since formed an industry lobby group chaired by Tesla chairman Robyn Denholm in a bid to foster some forward-thinking on policy related to research and development incentives and other industry-shaping ideas.

Pascal Gautheron, head of APAC enterprise technology at research firm Bain & Company says countries around the world that demonstrate a concerted effort to align public and private investment in innovation are seeing broad-based industrial success, rather than just individual successful companies springing up.

“The government may see private investment stepping up, and therefore doesn’t need to dive in as much, but the issue is the market signal about what is fundamentally important for Australia’s prosperity,” he says.

Countries that include Israel, Singapore, Germany and the UK are held up as illustrations where the governments’ priorities have been clearly aligned with the market.

In the realm of locally listed companies, R&D is often sacrificed to feed appetite for dividends, Gautheron says.

“Following the dotcom boom, we became a lot more conservative,” he says. “Unlike the US, which saw companies keep cash inside the business, we distribute it back out.”

Swinburne University of Technology professor Dimitrios Salampasis, an expert in fintech innovation and entrepreneurship, says innovation is flourishing more in the financial services space because of more collaboration between incumbent institutions and start-ups.

Bigger banks have set up separate innovation-focused entities, which work with and sometimes acquire start-ups, such as Bendigo and Adelaide Bank’s acquisition of software company Ferocia for $116 million earlier this month.

“This is the model that has seen innovation grow in the fintech space, but we do need to have some kind of regulatory system and further policies to boost innovation in other key areas to bring Australia forward,” Salampasis says.

He says the success rates for competitive research grants is just 10 per cent, with the cost of most research only partially funded and a worrying reliance on international student fees to prop up the sector.

“We don’t have a clearly articulated innovation system. It’s all a bit roughshod and then the government can talk about research commercialisation, but that’s just a drop in the ocean,” Crossley says.

CSIRO boss Larry Marshall has long recognised the problem of Australian ideas failing to translate into commercial success and, since returning to Australia from Silicon Valley in 2015, has set about reshaping how the organisation works.

He insists CSIRO experts work on ideas with a question in their minds: “Can we create a whole new market?”

It has founded its own venture capital company, Main Sequence, which invests in existing deep tech start-ups and builds new ones from scratch by teaming up experts to form companies.

“We did the opposite of what science agencies and scientists in general normally do: start with a brilliant idea or brilliant invention and then, as an afterthought, try and find something to do with it,” Marshall says.

Since 2015, the CSIRO has helped create more than 100 companies, including Coviu, a telehealth company; FutureFeed which uses research from CSIRO and James Cook University, along with Meat and Livestock Australia, to reduce methane emissions from cattle; and Chrysos, which detects and analyses gold, and has just raised $50 million for its next project.

“Over the last five years, we’ve grown our customer base by 50 per cent, so we have over 3000 customers now, we’ve increased our revenue by well over $100 million, and we’ve grown our equity portfolio by more than a factor of 10,” Marshall says.

CSIRO even made the list of the world’s top 25 innovative research organisations in a list compiled by Thomson Reuters.

Australian National University vice-chancellor Brian Schmidt describes the efforts of the CSIRO and Marshall as a “bright spot” in Australian R&D, which needs to be assisted by more intelligent government thinking.

He describes the R&D tax concession rules as “mundane”, saying they are not targeted on areas where big new ideas can be generated.

“The Australian R&D policy landscape is unsustainable, uncoordinated and unfit for the future purposes of Australia,” he says

“It’s an expensive and not very effective product, and is effectively, in my opinion, used as a way of lowering the corporate tax rate in Australia.

“There needs to be some sort of strategy that starts with basic research and then on how we convert that knowledge into things that help Australia be more prosperous.”

In this light, the likes of Atlassian and Canva are exceptions to the rule, rather than symptoms of a well-cultivated innovation ecosystem.

One change Schmidt advocates is the government linking its spending on defence and security into the R&D innovation ecosystem.

“What the US does well is it takes its big government spend, and helps to foster the research landscape. Here we tend to buy overseas whenever we have an opportunity because that way we’re not going to get into trouble if it fails,” he says.

One area local innovators are crying our for assistance is in the restrictive shortage in expert skills that is crimping the growth of ambitious operators.

“Enabling further R&D through incentives and visa programs, to grow and expand our existing capability could transform Australia into a hub for access to highly skilled talent, technology, products and services and help solve the needs of the world in a pan-Asian time zone,” he says.

“Interest rates are the lowest in modern times; we have to be brave and leverage this opportunity to invest in the future. After every major catastrophe in human history, there has been a rebound or period of growth.”

Julie Hare is the Education editor. She has more than 20 years’ experience as a writer, journalist and editor. Connect with Julie on Twitter. Email Julie at julie.hare@afr.com

Jessica Sier writes on technology, internet culture, cryptocurrencies and software from our Sydney newsroom. She has previously covered global capital markets and economics. Connect with Jessica on Twitter. Email Jessica at jessica.sier@afr.com

Paul Smith edits the technology section and has been a leading writer on the sector for almost 20 years. He covers big tech, how businesses are using technology, fast-growing start-ups, telecommunications and national innovation policy. Connect with Paul on Twitter. Email Paul at psmith@afr.com

See also: 12 science ministers in 10 years. No wonder we don’t have a coherent R&D/innovation strategy. ⁦