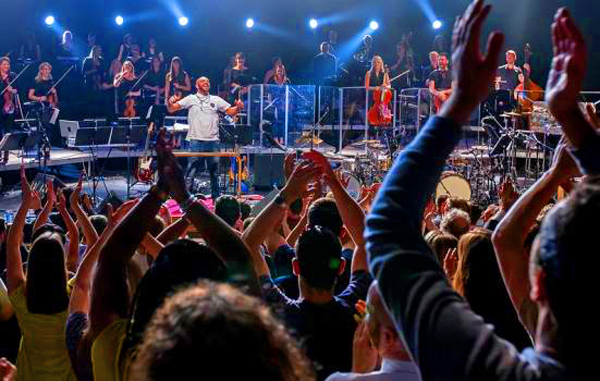 Arts Council England (ACE) has increased the number of National Portfolio Organisations (NPOs) it funds by 183, and increased funding across its portfolio by £42.5m a year, in what it has billed as the “largest ever investment” in its national portfolio.

The NPO investment for 2018-22 also sees a combined cut to the four highest-funded NPOs of around £2.5m a year, and the readmission of the troubled English National Opera (ENO) into the portfolio on standstill funding.

Announcing the 831 organisations that will receive NPO funding over the next four years at Leicester’s Curve theatre today, ACE billed the new portfolio as an effort in rebalancing, with money moving from the largest organisations to the smallest and an “additional” £170m for the arts outside London between 2018 and 2022.

Talking about the funding, Sir Nicholas Serota, ACE’s Chair, said: “Alongside continuing support for our great national companies, we’ve funded inventive, pioneering arts organisations and a new range of museums across the country.

“We’ve also included libraries producing high-quality cultural programmes. Working together these organisations will inspire a broader range of young people and audiences across England than ever before.”

The annual £409m funding for the national portfolio will consist of £338m in Grant-in-Aid funding from Government, and £71m from the National Lottery, with significantly more NPOs receiving their annual funding from Lottery.

From 2018-22 there will also be £212.5m per annum for open access funding stream Grants for Arts and Culture and the strategic funding streams, which address gaps in the sector, such as “enhancing diversity”.

Overall the balance of national portfolio funding between London and the rest of England has shifted to 40:60. It was 47:53 in the 2015-18 round.

Portfolio funding to London will remain at a standstill, and ACE said it will focus on “creating the conditions” for cultural clusters of excellence to grow in areas where investment has historically been lower.

Cuts at the top

The four highest-funded NPOs – The Royal Opera House, Southbank Centre, Royal National Theatre and the Royal Shakespeare Company – have all taken an average 3% cut, which works out at around £2.5m a year. ACE said the move would allow it to “focus on bringing in smaller, more diverse organisations into the portfolio”.

A spokesperson added: “We recognise that reductions are challenging for any organisation but we think that this group, producing excellent work, has the capacity and the resilience to manage [the cuts] in a way that will contribute to the long-term health of the overall sector and will provide the best return on public investment.

“Organisations that receive the most funding will be required to do more to support the rest of the sector, particularly smaller organisations and individual artists.”

While the majority of organisations in the portfolio (59.8%) receive standstill funding, 98 organisations (8.4%) have received a funding uplift. ACE said these were reserved for those in “exceptional circumstances” that showed “particular promise”.

Big winners include the Attenborough Arts Centre in Leicester, which receives a 312% increase in funding to £207k per annum, and Theatre in the Mill, which receives a 198% uplift to 120k per annum. Portsmouth New Theatre Royal also celebrates an increase – it will receive £250k from 2018, up 169% on this year.

The biggest uplift is for Manchester International Festival, which sees its funding rise by over 1000% (up £9m a year), to support it as it becomes the operating body for the new Factory venue in Manchester.