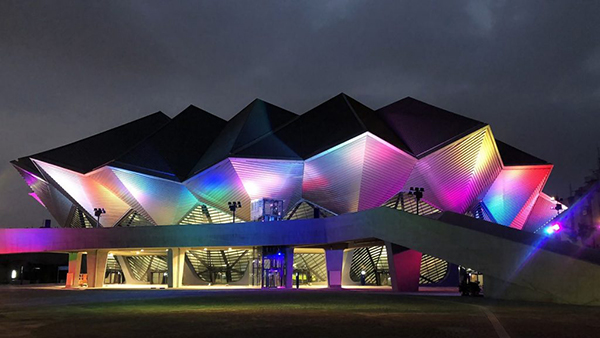 Eileen Kinsella, Houston Built Big in 2020—But Shenzhen Is the Future: 7 Takeaways From a New Report on Global Cultural Trends, ArtNet, 28 July 2021

AEA Consulting’s Cultural Infrastructure Index aims to give a snapshot of the present and future of museum building.

Last year, the global art world came to a screeching halt in the face of a worldwide pandemic. But not everything stopped cold. In fact, a new report finds that museums and art venues continued to be built at an impressive clip—though the center of the action has clearly shifted to a rising China.

Not surprisingly, the number of large cultural projects completed last year was down: Compared to 2019, about 30 percent fewer were completed. Still, across the globe, an impressive $5.7 billion was spent launching 104 institutions. Those figures come from the fifth edition of AEA Consulting’s Cultural Infrastructure Index.

Despite last year’s dip, there’s reason to think that the cultural sector is coming back strong. Even amid global uncertainty about travel, cities doubled down on investment in cultural attractions.

Some 130 future projects were announced, adding up to a combined $8.2 billion in planned infrastructure. Compared to 2019, both the number and value of future projects actually increased in 2020—the first time this has happened since 2016. 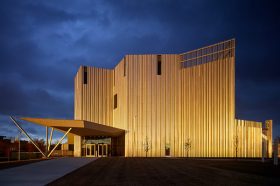 So what did it find? Here are the 7 other takeaways from the report.

The long-term impact of the pandemic on cultural infrastructure is not yet known. “It is unclear whether projects are being scaled back, as changes in approaches to design are for the most part still at the discussion and prototype stage, or short-term and improvisatory in nature,” the report states.

Still, some trends are clear from the data. Construction in North America and Europe slowed substantially. Compared with 2019, the number of completed projects was down from 32 from 65 in North America—a more than 50 percent plunge. In Europe, the number dropped to 23 from 38.

Such a slowdown, however, was not felt everywhere.

Asia, Australia/New Zealand, the Middle East, and Africa all saw either flat or increased numbers of new institutions open. It was also the first year that the number of projects completed in Asia (34) exceeded those in North America (32), making it the leading region globally. 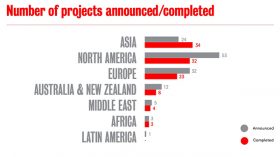 Project announcements tell a similar story, with a notable increase in Asia both in terms of the number of projects planned (doubling to 24) and their value (up 135 percent to $3.6 billion).

The surge was led by planned investment in China, where announced spending exceeded the US for the first time—and by a wide margin ($3.3 billion versus $1.6 billion, respectively).

The top three priciest projects completed in 2020 were: Humboldt Forum, in Berlin, ($825 million); Suzhou Bay Cultural Center, in Suzhou, China ($422 million); and the expansion of the Museum of Fine Arts Houston ($385 million).

In all, seven of the top 13 highest value projects announced in 2020 are located in Shenzhen, worth a grand total of $2.5 billion.

Clearly, the coronavirus had a major impact on project construction timelines and completions, with many opening dates scheduled for last year pushed back to 2021. These delayed openings weighed down the totals for completed projects in 2020.

Among the projects affected were the Grand Egyptian Museum in Cairo ($1 billion), the National Museum of Art, Architecture, and Design in Oslo ($723 million), the Munch Museum, also in Oslo ($321 million), and the Bourse de Commerce Pinault Collection in Paris ($170 million).

In the United States, there was also a delay in opening dates for the Academy Museum of Motion Pictures in Los Angeles ($380 million) and the National Museum of African American Music in Nashville ($60 million). The former is set to open this September, while the latter opened in January.

5) Ambition Was Flat—But Splashier Plans Are Ahead

6) The Future May Look More and More Like The Shed

Museums remained the dominant building type among the projects tracked by AEA, accounting for roughly half of both announced and completed infrastructure and constituting $7 billion of total investment. Performing arts centers were the next most popular (23 percent), followed by multifunction arts venues (18 percent) and cultural hubs/districts (nine percent).

The highest growth was seen among multifunction arts venues, which increased both in terms of their volume (up 54 percent, to 43) and value (up 132 percent, to $2.8 billion). “This could be indicative of a broader move toward more flexible cultural infrastructure,” according to the report. 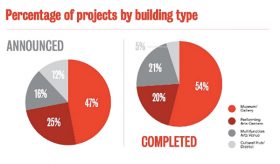