You are here: Home » Articles filed under: 'News' » Article: '50 yrs after Vietnam War for Australia'

50 yrs after Vietnam War for Australia 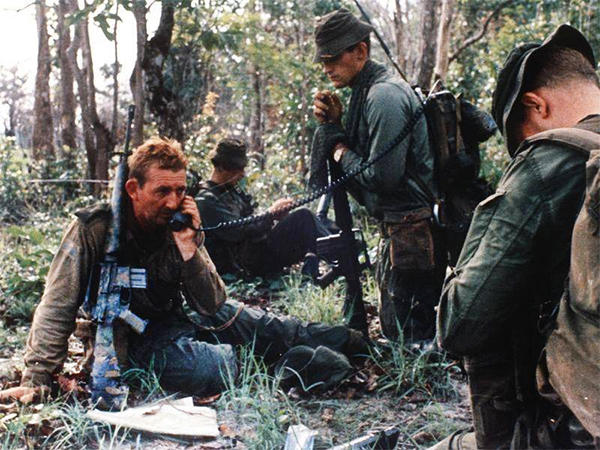 This week marked the 50th anniversary of Australia pulling out of the war in Vietnam. (AP PHOTO).

Half a century ago, Australian troops fighting in Vietnam finally put down their weapons after a long-fought, controversial war that cost the lives of more than 500 diggers.

But 17 months after a similarly messy withdrawal from Afghanistan, Australian War Memorial Chief Historian Craig Tibbitts wonders if we have learned from our mistakes.

Some 60,000 Australian servicemen and women took part in the protracted Vietnam conflict that began as a civil war between the north and the south until troops from the United States and Australia joined forces with the government of South Vietnam.

Australia’s decade-long involvement in the Vietnam War began with the first arrival of troops in July 1962, and its participation was formally declared at an end when the governor-general issued a proclamation on January 11, 1973.

The final combat troops remaining were a platoon guarding the Australian embassy in Saigon, which was withdrawn in June of that year.
Mr Tibbitts says given Australia’s recent involvement in Afghanistan he wonders if lessons have been learned.

“With the lengthy war in Afghanistan in more recent decades and the messy withdrawal in August 2021, you might be excused for wondering whether some lessons from the Vietnam War had been learned,” Mr Tibbits told AAP.

“While there are differences between the two conflicts, there are also some eerie similarities.

“I just hope the veterans from Afghanistan and other 21st Century conflicts that Australia has participated in, don’t get the same shabby treatment following their service, as some Vietnam veterans did.”

Australia’s Vietnam veterans were not all welcomed home with open arms.

“It was difficult for some who had served in Vietnam to readjust to civilian life, especially national servicemen who didn’t remain in the army once they came home,” Mr Tibbits said.

“Many felt that nobody at home knew what they’d been through, or little cared. Some were subject to hostility for having served in Vietnam.

“None of those men deserved whatever poor treatment they received. They were doing their duty for their country at the behest of our elected government. They shouldn’t have been blamed and shamed.”

The frosty reception back home exacerbated mental war wounds suffered by returning soldiers, including post-traumatic stress disorder.
It was particularly galling for the nearly one in four who had been forced to join the war as conscripts as part of the National Service Scheme.

The Department of Veterans’ Affairs says a formal commemorative service at the Australian Vietnam Forces National Memorial on Anzac Parade in Canberra will be held on Vietnam Veterans’ Day, 18 August 2023, recognising the service of all Australians in the Vietnam War and honouring the sacrifices that they and their families made.

But ahead of that day of national remembrance, it is important to stop and reflect on the proclamation made on January 11, 1973.

“It gave formal closure to our involvement that had gone on for 10 years,” Mr Tibbitts said.

“It was, at that time, Australia’s longest war.”

Minister for Veterans’ Affairs Matt Keogh said January 11 was just the start of a series of 50 official Vietnam commemorations planned for 2023.

“This was a war that was at times contentious at home, and for some veterans their service not recognised as it should have been,” Mr Keogh said.

“The Australian government is honouring those who served, and throughout this commemorative year will specifically recognise and honour the service and sacrifice of Vietnam veterans and their families.”

As part of commemorations, the department will be launching a broad awareness campaign throughout 2023, including a documentary series to be screened on the ABC, and providing historical and educational resources to schools, ex-service organisations and community groups.

AAP sought comment from the Vietnam Veterans Association of Australia.