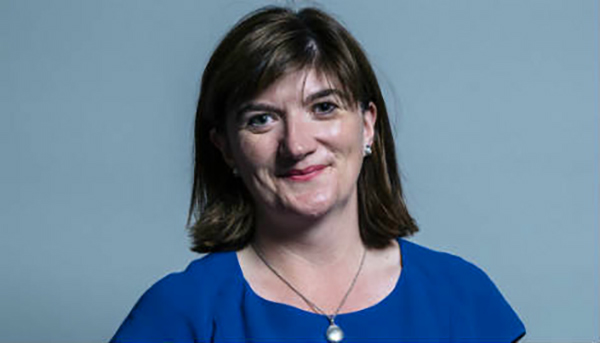 Nicky Morgan has replaced Jeremy Wright as the secretary of state for digital, culture, media and sport as part of new prime minister Boris Johnson’s radical overhaul of the cabinet.

Morgan, a former education secretary, becomes the eighth culture secretary in nine years at the Department for Digital, Culture, Media and Sport (DCMS).

Will Boris Johnson’s government be good for culture? Vote in our poll. 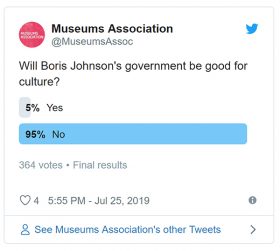 It is too early to say how arts and culture will fare under Johnson, but the sector is concerned about the impact that a no-deal Brexit might have on the sector.

“No doubt, under Johnson, we may be seeing a resurgence of budget cuts in art and culture and a free license for privatisations to continue,” says Clara Paillard, the president of the PCS Culture Group.

“Even worse though, a hard Brexit or no-deal Brexit will exacerbate further the hostile environment against migrants, black and Muslim communities and a continuation of attacks on human rights. This is a big concern for us as a trade union in the sector as many of museums workers, especially in London, come from diverse backgrounds.”

The Creative Industries Federation has written an open letter to Johnson to express its concerns about Brexit under Johnson.

“Alongside many other industries, we will continue to stress the extreme damage that would be caused by a no-deal Brexit,” states the letter. “The free movement of goods, services, capital and people have underpinned the sector’s success, and we urge all the leaders of the UK’s political parties to support a second referendum rather than crash out of the EU.”

Johnson was briefly shadow arts minister himself in 2004 before being sacked by the then Conservative leader Michael Howard over allegations about his private life. The arts and the creative industries had a high-profile during his time as London mayor when he appointed Munira Mirza as his deputy mayor for culture.

Mirza, who remains an important figure in the arts, has been recruited to head up Johnson’s policy unit in Downing Street.