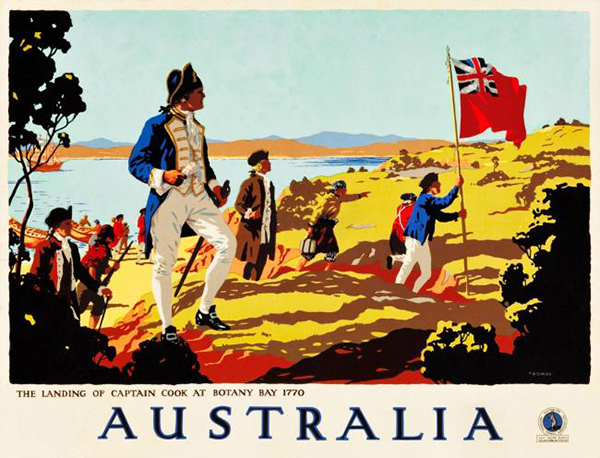 Scottish museums were more likely to agree that ‘looted’ items of cultural significance should be returned to their country of origin than those in England, according to the leaders of an Australian repatriation project.

The Return of Cultural Heritage Programme is leading efforts to bring 109,000 sacred and secular items linked to Indigenous communities back to their country of origin.

Two years ago, the federal government was urged to intensify efforts to cooperate with other countries, especially Britain, to hasten return of material – including ancestral human remains.

The British Museum is said to have refused repeated requests to permanently return a shield and spears dropped by indigenous tribes when Captain James Cook anchored at Botany Bay (known as Kamay to indigenous tribes) on April 29 April 1770.

Cook is no longer considered to have ‘discovered’ a continent which already had 60,000 years of Aboriginal history. 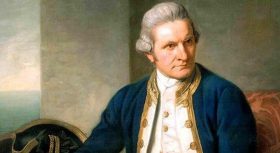 Last year marked the 250th anniversary of his arrival but celebrations were muted due to the pandemic with none of the widespread protests seen during the bicentenary in 1970.

The programme has been successful in the return of 1942 items of cultural and heritage significance in the past two years including 75 from the United States, 55 from the UK and 114 from the rest of Europe. Four private collectors have also returned items.

However, the institute estimates 109,000 items remain in overseas collections with the majority in European and UK archives and efforts are continuing to see their return.

“I think it’s not surprising where most of those items are being kept,” says Iain Johnston, senior researcher for the programme, whose family emigrated to Australia from Scotland in the 1960s. 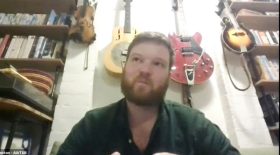 “But I think it’s broadly interesting to know that UK institutions are the most likely to enter into repatriation conversations. They are more likely than the US.”

Museums in the UK provided the highest response rate of any overseas country with 86%  replying to inquiries from the programme.

Mr Johnston was speaking during an online event hosted by the University of Glasgow’s Hunterian Museum.

Neil Curtice, head of museums and special collections at the University of Aberdeen said he had been involved in a number of re-patriations of objects to indigenous people in Canada.

He said: “I think this question of relationships is important and the most important part of that is shifting the balance of power and decision making to the community, away from the museums of the west. It’s about returning what matters to people.”

Jason Lyons, director of the programme, which is being led by the Australian Institute of Aboriginal and Torres Strait Islander Studies said the return of items supports the healing of relationships between indigenous and non-indigenous communities.

“By inviting indigenous peoples into repatriation ceremonies, it’s creating a space for them where they can provide context and another layer of understanding, while telling the stories that need to be told.

“Returning material enhances the cultural education of young people. We’ve seen numerous examples where the return of material has brought old and young people together, promoting inter-generational dialogue about the past.”

He shared an image of the Gangalidda Garawa people of Queensland celebrating the return of sacred objects from the Manchester Museum which were taken away 100 years ago. 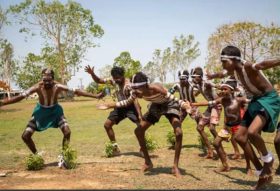 “They have lost none of their cultural significance as we saw from the reaction of the men who received them.

“Australia’s first peoples have been living on the continent for a millenia.

“In 2020 Australia marked the 250th anniversary of James Cook’s first voyage to the east coast of Australia. This event marked the beginning of the large scale removal of Aboriginal cultural material to overseas and domestic collections.

“The loss of this material continues to be a grievance.”

Earlier this year Boris Johnson, in an interview with an European newspaper, issued a point-blank rejection of the Parthenon marbles being returned to Greece.

He insisted that the sculptures, removed from the monument by Lord Elgin in circumstances that sparked one of the world’s most famous cultural rows, would remain in Britain because they had been legally acquired.