You are here: Home » Articles filed under: 'News' » Article: 'A Hair’s breadth' 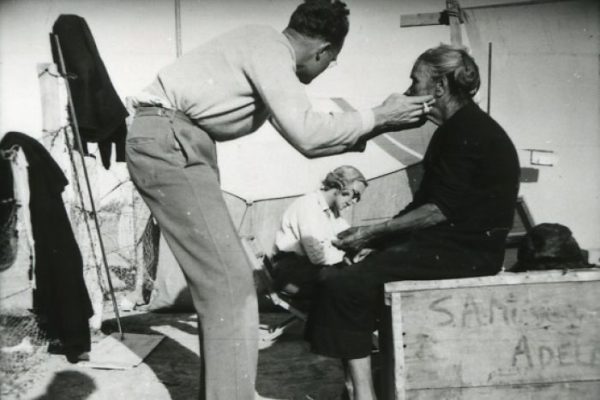 Joseph Birdsell and his wife Bee collected anthropometric data from Aboriginal people all over the continent. (SA Museum (aa338-5-15-120)).

Aboriginal genetic history on the continent goes deep—but in some ways, our knowledge of it is as narrow as a hair’s breadth. Daniel Browning reports on the South Australian Museum‘s collection of thousands of strands of hair, collected last century from Aboriginal people confined on missions and reserves under state control.

Although tiny, the hair does retain genetic material, and a DNA testing project is underway, which is expected to scientifically prove what Aboriginal people inherently know: that we survived on our traditional lands, on the driest continent on earth, through almost cataclysmic shifts in climate.

The Australian Aboriginal Heritage Project is highly sensitive, given that many Aboriginal people are only just learning that hair samples were taken from their ancestors and kept in a museum under lock and key.