You are here: Home » Articles filed under: 'News' » Article: 'A History of the World'

A History of the World 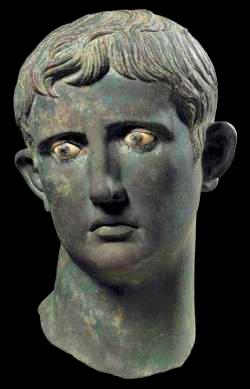 The WA Museum will host the third major international exhibition as part of its special relationship with the British Museum next year.

The Perth site will be the first to exhibit A History of the World in 100 Objects, which explores the last two million years of human history, from February 13 until June 18, before the show continues on its national tour, during which it will be shown at the National Museum of Australia in Canberra.

Culture and the Arts Minister John Day said in a statement on Wednesday securing the “truly significant” exhibition, which will feature the bronze Head of Augustus, which was once part of a statue of the Emperor which dates from 27-25 BC from the Sudan, was a major coup for WA Museum.

A History of the World in 100 Objects will showcase a range of artefacts crafted from a range of materials including stone, gold, clay and plastic, and ranging in size from a 1.6 metre tall Assyrian relief to gold coins of Croesus.

“It invites visitors to travel the world and wonder at the remarkable achievements of humans as they faced changing climates, new lands and political arenas,” Mr Day said.

The exhibition will be the last international show to be displayed at the Perth Cultural Centre site before it closes for construction on the new, $428.3 million facility, which is set to open in 2020.

It follows previous British Museum exhibitions held at the WA Museum, Extraordinary Stories and Secrets of the Afterlife.