You are here: Home » Articles filed under: 'News' » Article: 'A Journey to Freedom at TMAG'

A Journey to Freedom at TMAG 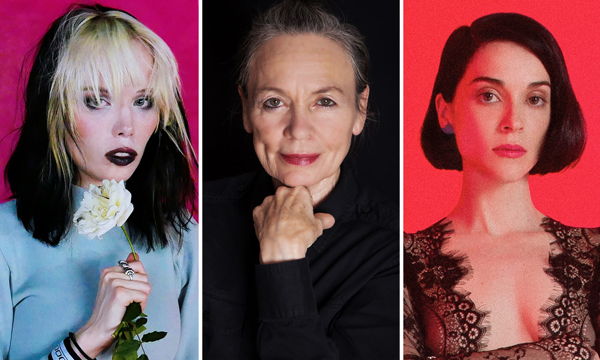 After bringing death threats to its curators last year, the Hobart festival returns in June with an expanded program

Laurie Anderson, St Vincent, Alice Glass and a new talks program will headline the sixth Dark Mofo festival, Hobart’s “dark”, experimental and controversial winter festival, pulled together by the team behind the Museum of Old and New Art (Mona).

For the first time, the 2018 festival will extend to a third “prelude” weekend from 7-10 June, which will feature a masked costume ball, two major exhibition openings – Zero at Mona, and A Journey to Freedom at the Tasmanian Museum and Art Gallery – and the Dark and Dangerous Thoughts symposium, co-presented by Guardian Australia and Vice.

The festival proper, which runs from 13-24 June, features a typically eclectic mix of music, including work from the avant-garde artist and musician Laurie Anderson; a “sound bath” installation created by Anderson’s late husband, Lou Reed, titled Drones; a performance from art-pop artist St Vincent; Archie Roach and Tiddas’ collaboration Dancing with my Spirit; the Canadian singer-songwriter Alice Glass, formerly of Crystal Castles; and the return of the industrial noise collective Einstürzende Neubauten, who will be performing Lament in an Australian exclusive.

Anderson will bring her multimedia performance All the Things I Lost in the Flood to the Odeon theatre, which is linked to her recent book of essays of the same name. Her virtual reality “library of stories” and collaboration with artist Hsin-Chien Huang, Chalkroom, will also be showing during the festival.

The Canadian Inuk throat singer, punk and activist Tanya Tagaq will perform a live score to the 1922 silent film Nanook of the North, which follows the life of an Inuit family in the Arctic. She will also be performing her most recent record, Retribution, which was nominated for a Juno award.

The festival’s creative director, Leigh Carmichael, said this year’s festival is its “most expansive” to date.

“It’s always difficult to know exactly how the festival will unfold for the audience,” he said. “We just strive to try and find new ways to experience the darkness.”

In 2017, that darkness came with controversy and death threats. The Austrian artist Hermann Nitsch’s 3.5-hour performance piece involved 500 litres of animal blood and the guts and carcass of a slaughtered bull. Twenty-thousand people signed a petition demanding the work be cancelled and Carmichael and the Mona boss, David Walsh, claimed to have received more than 100 threats in its lead-up and aftermath.

As part of the 2018 festival’s film program, the Australian video art duo Soda_Jerk will screen their “political revenge fable” Terror Nullius, which is currently showing at Acmi in Melbourne. The film, which remixes and revises Australian screen history to satirise the country and its politics, made headlines upon its release in March when the Ian Potter Cultural Trust, which had funded the film, withdrew its promotional support on the eve of its release.

The talks and ideas festival, Dark and Dangerous Thoughts, will explore the “complex moral and ethical issues evoked by contemporary culture”. While the full program is yet to be announced, Carmichael told the Australian Financial Review that the key themes will be “killing and fucking” – he said one event would feature a panel of “killers”, including a sniper, a sharia law advocate and an ex-jihadi.

Zero, the major new exhibition at the Museum of Old and New Art, traverses the artistic terrain of a radical collective of artists from post-war Germany – including Heinz Mack, Otto Piene, Günther Uecker and Adolf Luther – and Italy – including Lucio Fontana, Nanda Vigo, Grazia Varisco, Enrico Castellani and Gianni Colombo. These works will be accompanied by pieces from Marcel Duchamp, Yves Klein, Yayoi Kusama and more.

A Journey to Freedom will interrogate the history of incarceration and liberation from around the world, with a focus on spatially oriented works such as installations, videos, sculptures and virtual reality.

The festival continues its focus on metal, doom and noise music with a night of “metal mayhem” taking over the Odeon on 20 June, featuring Blasphemy, Portal and Batushka. A two-day festival of experimental music, performance and art will be curated by Berlin Atonal, and a night of “transcendent music and experimental sounds”, Borderlands, will bring the Haxan Cloak and Merzbow to Hobart in Australian exclusive performances.

A new David Lynch tribute venue, Bang Bang Bar, will run throughout the festival, featuring sets from Marlon Williams, Brutal Measures, Laura Jean, Tiny Ruins and Lynch collaborator Rebekah Del Rio. In other highlights, Ryoji Ikeda is bringing his dazzling tower of light back, after it debuted at the first Dark Mofo in 2013; and Victorian Opera will be joined by the Tasmanian Symphony Orchestra for Benjamin Britten’s the Rape of Lucretia.

The late night party precinct will return, this year titled Night Mass, as will the interactive sculpture and installation venue Dark Park; the nightly food festival Winter Feast; and the ogoh-ogoh, a giant effigy that is burned on the final night.

The nude solstice swim will also make a comeback – hopefully with enough towels this time.