You are here: Home » Articles filed under: 'News' » Article: 'A mouthwatering museum tour for vegans'

A mouthwatering museum tour for vegans 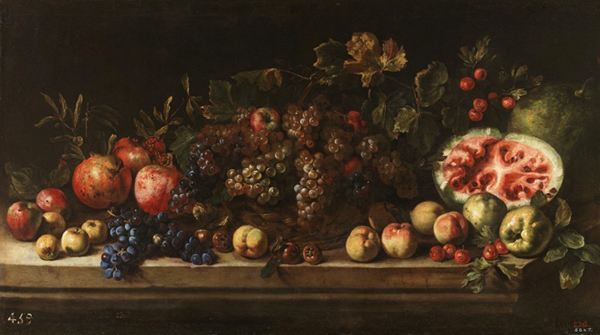 Museumgoers of the vegan variety don’t heap ham, cheese, and eggs onto their plates — and some don’t want to see the stuff when they’re strolling through the Prado Museum, either.

Paintings of slaughtered birds and dead rabbits strung up by their feet are painfully hard to digest for some art fans. The flaccid feathers of a shot-down goose may be too much to bear and the deadpan stare of a fish about to be filleted impossible to stomach, while fleshy haunches of beef may cause nightmares. Museumgoers of the vegan variety don’t heap ham, cheese, and eggs onto their plates — and some don’t want to see the stuff when they’re strolling through galleries, either.

“Sometimes I have a bad time at certain museums and art galleries in Europe as they always have many artworks related to hunting, dead animals, or hurt animals,” said Beth Orosco, a vegan art lover from the Netherlands who took a vegan tour of Madrid’s Prado Museum during a recent visit to Spain’s cultural capital. “Of course, I know there are people out there who sadly hurt animals, but I don’t want that between me and a nice vacation day.”

So step aside, Las Meninas — a new combination Prado and vegan tapas tour is here for devotees of los animales. “Animals and their fantastic legends and mythologies are the protagonists of many of the museum’s masterpieces,” reads an online description of the tour, which just may be the first worldwide to offer a vegan museum experience. “Let’s discover a different Prado, much more enjoyable, real and humanistic.”

(Although the tour is completely plant-based, certain Old Master paintings may have been processed in a studio where gluten was mixed with the pigments, and painted sheaves of wheat abound. For those who prefer art sans gluten, an online visit to the Gluten Free Museum is probably best.)

The tour highlights 15 animal-friendly artworks, plucked from the historic museum’s collection by art historian Jaime Sánchez and Madrid Vegan Travel founder Diana Esteban. It steers participants past offensive still lifes of literally still, dead lifeforms and hunting scenes — for instance, Goya’s “Hunting Party” (1775), where a sharpshooter is about to drop an unsuspecting quail from the sky.

“The Prado Museum contains a huge number of paintings where animals are hunted, cooked, abused, and hurt,” explains Esteban. “In the past, the reality of animals was exactly that, so the painter was only expressing the reality around him, but nowadays there are many people fighting for a better world for animals, who don’t desire seeing animal abuse, even in a painting.”

Plant-based picture lovers are led to a table-sized canvas depicting fresh fruit by 17th-century Roman artist Michelangelo Cerquozzi, that would appeal even to carnivores who like their burgers a pinkish rare. “Abundance and the Four Elements” (ca. 1615) by Jan Breughel the Elder glorifies Ceres, the Roman goddess of agriculture, who carries a horn of leafy plenty. Orpheus plays his lyre to a crowd of adoring lions, tigers, and peacocks in “Orpheus and the Animals” (1636-38) by Flemish painters Frans Snyders and Theodoor van Thulden. Esteban describes the latter as “a beautiful utopia of animals and humans living together in peace and harmony, as most vegans wish now.” 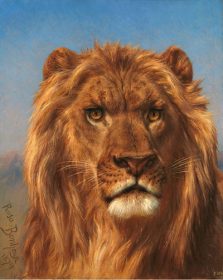 The tour glosses over most of the Prado’s portraits of King Philip II. It pauses instead at a regal portrait of the king of the animals, “El Cid” (1879), by French animal painter Rosa Bonheur. “The lion of Rosa Bonheur is healthy and alive. It is an example of how animals can be painted in good shape instead of hurt or hunted,” notes Esteban. “It is a beautiful painting of a powerful animal who expresses its strength.”

“Avoiding the pain and focusing on alive, powerful animals was the highlight of my trip,” Orosco recalls of her vegan Prado visit. “I never imagined animals could be the center of so many stories and legends, I loved it.”

The Prado Museum and Vegan Tapas Tour can be booked through Madrid Vegan Travel. Note that the museum will be closed beginning Tuesday, March 12 due to COVID-19; check the museum website for updates.