You are here: Home » Articles filed under: 'News' » Article: 'A New Approach 4th report ‘Behind the Scenes'

A New Approach 4th report ‘Behind the Scenes

July 30th, 2020 | Browse other: News. | Tagged with: A New Approach – releases framework of policy drivers, A New Approach national think tank, Behind the Scenes Drivers of arts and cultural policy settings in Australia and beyond | 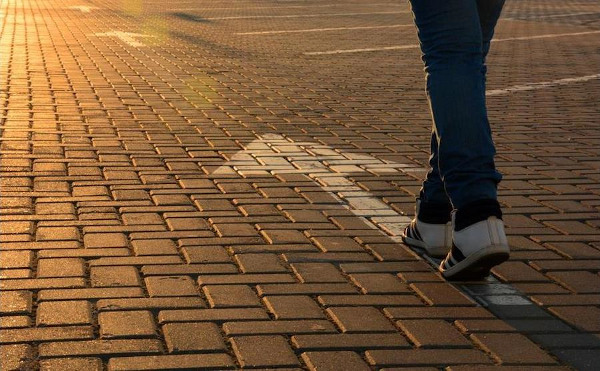 The national think tank – A New Approach – has released a framework of policy drivers to help shape the conversations that will lead our sector into the next decade, including how better to confer value to stakeholders and governments.

Constructing policy is always head-splitting. Firstly, because the level of consultation and reporting required for an accurate picture is exhaustive. But secondly, because that investment is fruitless unless it allows innovation and fresh thinking to capture the imagination of stakeholders to the degree that it is actually taken on.

It is a massive task to achieve, and perhaps one of the reasons Australia has vacillated for too long around implementing a new national Arts and Cultural Policy.

A New Approach (ANA) – the Canberra-based, independent think tank championing effective investment and return in Australian arts and culture – does just that in their latest report released this week, titled Behind the Scenes, Drivers of arts and cultural policy settings in Australia and beyond.

Its Executive Summary sets the picture accurately: ‘There has never been a more critical time to examine Australia’s cultural policy settings … If we want our public and private investments in arts and culture to be effective and relevant, then the motivations we have for that investment matter.’

ArtsHub caught up with Kate Fielding, ANA’s Program Director, who said it is vital to amplify policy considerations now.

‘In the context of 2020 – the bushfires, COVID, and our first recession in 29 years – we know big decisions are ahead of us as a country, and how we adapt to a very different economic and social environment, and the role arts and culture will play is key.’

The focus, she said, ‘needs to be less on specified art forms or places, and rather what we want to get done together … to enable more people to participate in that discussion.’

In summary, ANA’s report posits the belief that if we want public and private investment in arts to be effective and relevant, then we need to have shared motivations and values to give weight to that investment.

It proposes that this can be achieved through four common drivers. Each is massive, and each is abstract. These drivers are:

Fielding said she hoped the Behind the Scenes report will guide the sector in coming together on the same page. ‘What I think is really interesting about this report, is that it lays out many of the things this sector knows, but does not necessarily have a language of.

‘Many people in the arts and culture sector have very different understandings of what is important in a policy setting and the things we need to consider, and what a national policy would deliver – this report is about building an understanding of those different motivations across the sector,’ she said.

HOW TO MAKE THIS A WORKING DOCUMENT

While ANA’s report is somewhat abstract in its directives, it has a really workable tone and energy. It tackles cohesion across the sector in order to create unity, allowing us then to step forward together to create national policy.

‘What I first encourage people to do is to ask which of those policy drivers they really relate to, and then think about different stakeholders they work with and what those other stakeholders may be prioritising, and encouraging them to use drivers as a framework to prompt conversations both internally and externally,’ Fielding explained.

She pointed to Sport 2030 as an example of how can our sector might make the arts and culture policy space less complex, in order to get more traction.

‘One [policy] model that is really useful for the arts and culture space is the Sports 2030 plan, where three level of government, the business and sports industry, and the community sports area, arrived at a shared understanding of their different roles and players. That is a really sensible model we could be looking at for arts,’ Fielding suggested.

‘If we want our public and private investments in arts and culture to be effective and relevant, then the motivations we have for that investment matter.’

So how in sync is Australia is with global considerations, and how far are we were behind like-minded countries in setting a national policy framework for the arts and culture sector?

‘Lots of our neighbours – New Zealand, South Africa and Indonesia – have been looking actively at this space over the last decade and how creative economies impact. It is time for Australia to take a deep breath and check that our policy settings are a “match set” for 21 the century.’

The report’s introduction states that the four suggested policy drivers detailed above ‘are the most significant influences on arts, cultural and creative policies, globally, for the last 70 years’.

To help put that in to perspective, the report walks readers through the policy drivers that have impacted arts and culture decisions over the past six decades from 1950-2010, in a fantastic timeline unpacked in Part 2 of the report.

These are the milestones that have shaped the development of an arts and culture sector in Australia, and precipitate the question: What will drive us beyond 2020 and into the future?

‘Any approach that splits out artforms may have worked in the 20th century, but definitely will not in 21st century,’ Fielding told ArtsHub. ‘The cross-artform is the nature of the world we live in, so a contemporary approach to this – to future policy – is necessary.’

Fielding noted: ‘What I think is really important coming out of the data of the last decade is that it has moved from an arrangement where the Federal Government was the really big player, to a much more even relationship across local, state and federal governments – the three levels as close to even partners.

‘Out of our third report – A view from middle Australia: Perceptions of arts, culture and creativity – the cohort [of respondents] were actually very aware of the role local governments play in culture activities. We don’t necessarily talk about local government [in national funding conversations] but the level the respondents saw was a very active one.’

The implication then is that when considering a national policy, it is not limited to “federal thinking”.

A further warning comes with the report’s prompt to think beyond the complex expectations of the sector’s delivery.

‘This has resulted in arts and culture in Australia being expected to deliver everything from aesthetic excellence to social cohesion, better health, education and international diplomacy and economic growth – all policy areas that attract debate and dissent on their own terms. This makes arts and culture a highly complex policy space,’ the report states.

Fielding said: ‘If we have learnt anything from 2020, it is the need to be flexible; to be agile and adjust to different conditions. We are at a unique point, and are faced with an opportunity to change how we do things for success in future decades.’

She added that we need to use this period of recent reflection to overcome the risk that policy intentions do not match reality.

Fielding said, ‘I think what is really clear, in the material we reviewed, is that policy approaches that carve off parts of culture and creative industries as disconnected aren’t effective or efficient, and they don’t get great outcomes.

‘When taken as a collected set of industries, where the connections and movement of people and audience between different areas happens in nuanced and truly contemporary way, we start to see how investment to incentivise and support arts and culture activities is a future fit for a 21st century,’ Fielding continued.

She reiterated that that is why the report’s four policy drivers are critical in moving forward to find a national, unified platform.

This is the fourth report in ANA’s Insight Research Series to be released since the think tank was established in 2018. A New Approach’s next piece of research, currently underway, will look at the creative economy in the context of challenges that lie ahead for Australia’s future economy.

A New Approach was formed with a $1.65 million commitment by The Myer Foundation, the Tim Fairfax Family Foundation and the Keir Foundation. The Australian Academy of the Humanities is the lead delivery partner for this initiative.