You are here: Home » Articles filed under: 'News' » Article: 'A New Approach’s vision for arts & culture' 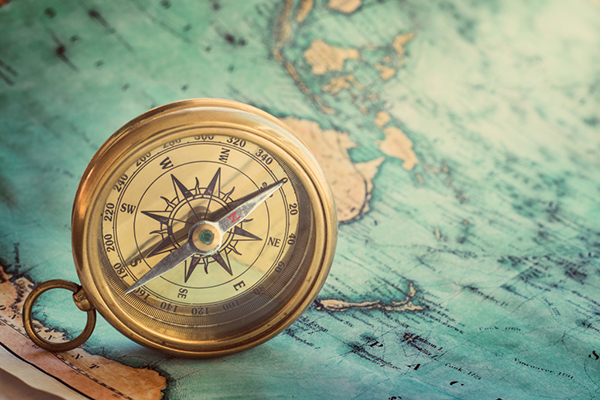 Mapping out a future direction for the arts requires careful consideration of all the options. Image Shutterstock.

As the debilitating impact of the pandemic on arts and culture continues, the sector frantically grabs the handbrake to stop the slide, while simultaneously searching for a roadmap out. One such route is being offered by the philanthropist-funded think tank A New Approach, supported by a recent report from ex-Grattan Institute Director (and ANA advisor)…

As the debilitating impact of the pandemic on arts and culture continues, the sector frantically grabs the handbrake to stop the slide, while simultaneously searching for a roadmap out. One such route is being offered by the philanthropist-funded think tank A New Approach, supported by a recent report from ex-Grattan Institute Director (and ANA advisor) John Daley. Both claim to know the wrong turn that has been taken and the right way ahead.

In desperate times we take our chances. But those in the cultural sector should consider the options very carefully lest they end up driving deeper into the Badlands.

For Daley, arts policy has stagnated for 30 years while the world around it radically changed. The sector’s circumstances have become more constrained, its charms decidedly dated. To overcome what The Guardian‘s Kelly Burke called its ‘Blanche Dubois complex’, the sector needs to get with the times. It should stop leading with arguments about economic impact and instead identify its contribution to ‘happiness, understanding and togetherness’. Both Daly and ANA call for a new peak body to put arts advocacy on a professional basis, uniting the sector around a set of coherent and measurable outcomes.

In short, for Daley the sector is in a mess of its own making. His report claims that, perceptions to the contrary, arts and culture benefited from ‘relatively generous’ government support during the pandemic. Similarly, according to ANA, ‘middle Australians’ overwhelmingly support the arts. With the right messaging, a new peak body could turn the mess around. As long as artists get behind it. ANA calls for a ‘National Arts, Culture and Creativity Plan’ (NACC), a vision to guide the sector to the sunny uplands of 2030.

We are not against a plan for arts and culture, and a new policy vision is certainly needed. But is this it? The framing of the plan requires arts and culture to be treated as an ‘industry’ like any other. Despite nods to its non-economic value, ANA pushes the sector further towards a policy model where it delivers ‘returns on investment’ via quantifiable targets. It’s a form of technocratic neoliberalism wildly out of touch with the current COVID-cum-post-COVID reality.

It is untrue that arts policy stayed still. Community arts transformed ideas of cultural access and participation in the 1970s and 1980s. Paul Keating’s Creative Nation in 1994 broached issues of multiculturalism, popular culture and Australia’s place in the Asia Pacific. Multimedia arts provoked controversy long before the internet and its plethora of digital devices. Debates about the appalling treatment of Indigenous Australians and refugees, Australia’s Eurocentric narrative, of who gets to work in the arts and under what conditions, and structural discrimination of all kinds, were well underway in the sector by 2000. They turned how we understand arts and culture on its head, even in ‘Middle Australia’. It had a decisive impact on policymaking.

Those in the cultural sector should consider the options very carefully lest they end up driving deeper into the Badlands.

It was governments that demanded cultural organisations use economic arguments to demonstrate their value. For Daley to suggest it was the sector aping the language of Canberra is a bit rich. Daley says it is a ‘myth’ that governments are only interested in GDP &ndash; it pays workers unable ever to work again, for example. This is a flat denial of the reality of neoliberalism. The last three decades have seen the relentless privatisation of public services, cutting them to the bone while making their access as onerous as possible in the name of ‘efficiency’. Blaming artists for adopting economic arguments forced on them by governments who believe in little else is gaslighting.

The claim they should now move on from economics is likewise disingenuous. It introduces banal ‘happiness’ nostrums but leaves basic assumptions unexamined. ANA’s report is drenched in the ‘industry’ language of GDP, metrics and employment growth, abstractions that have little to do with the humans beings who actually work in arts and culture. The sector’s economic credentials were never accepted by Treasury, we are told. But saying artists don’t primarily work for money is not the point. It ignores the transformations wrought in Australian society by government’s belief in the superiority of free markets, the private sector and consumer sovereignty. Beliefs unchallenged in either report.

THE POLITICAL ECONOMY OF CULTURE

In sidestepping economics, Daley and ANA ignore the <em>political economy</em> of art and culture. They talk about the ‘growth’ of the commercial arts sector as if this were not an outcome of deliberate deregulation, implicated in a disturbing concentration of ownership and control, the erosion of local production, a decline in real wages, and an increase in precarious employment conditions. Whatever the faults of creative industries research, it at least grasps there are complex economic dynamics at play that cultural policy must take cognisance of.

History too is ignored. A decline in Federal Government funding and its low rating on the OECD scale, are seen as the failure of the arts to make its case effectively. The animus against the sector that began with John Howard and accelerated under Tony Abbott barely registers. Nor is there discussion about how public administration has had its independence curtailed, its officials no longer expected to stand up to ministers, or tolerated when they do. In an age in which executive power is ascendant, scrutiny of government decisions by outside agencies is restricted. Yet the sector is asked to sign up to a new peak body for the whole of arts and culture whose closeness to Canberra will unlock the resources that have been progressively taken from it.

Where is the Australia Council for the Arts in this? Daley suggests it is a ‘government body’ and cannot effectively undertake arts advocacy. But Sports Australia is a government body and undertakes advocacy all the time.

The Australia Council is a statutory, arm’s length arts funding agency, with a set of clearly legislated aims and values. It is Australia’s oldest and most trusted instrument for supporting art and culture nationally. Yet, like the ABC, it is being slowly strangulated.

The present government is one that finds little benefit in agencies that constrain ministerial fiat. As its dismal response to ‘rorting’ accusations suggests, the government’s view is that elected ministers can decide unilaterally to whom they can give ‘their’ money. The Australia Council is the sort of organisation the government dislikes. Over its 50-year life it has certainly had problems. But these should be matters for open discussion, with the sector holding the agency to account against its charter. It is not only the grants that the Council gives out that are important. It is the democratic debate that happens around its goals and outcomes. For all its flaws, the agency has a strong connection to the cultural sector, and sophisticated ways of including it in its decision-making.

By contrast, John Daley and ANA see the government-lobbyist nexus as the primary focus for policymaking. They offer little examination of how the sector got to this point, or the democratic deficits it entails.

WHY WE DON’T NEED A NEW PEAK BODY

To construct a new peak body to rival the Council now would be a big mistake &ndash; in effect the privatisation of public policy. Transformations in the idea of culture; the proliferation of different kinds of cultural consumption; the challenge to established artistic canons; the expansion of platform capitalism into every nook and cranny of daily life: these are enormous challenges for an arts funding agency.

Isn’t it about time that the Australia Council, and organisations like the ABC, were properly supported to do their democratically-appointed jobs?

But starving it of funds and then saying it is incapable of doing their job is the oldest ploy of neoliberalism. The government has reduced budgetary allocations, stuffed boards with political appointees, eroded research capacity and hobbled the scope for autonomous action. Isn’t it about time that the Australia Council, and organisations like the ABC, were properly supported to do their democratically appointed jobs?

We need a cultural policy vision that recognises the full role that art and culture play in an economically complex, socially pluralist Australia. This will not come from importing pie-charts of happiness, but from rethinking culture’s place in contemporary democracy. It does not mean jettisoning economic arguments. It means challenging what governments think the ‘economy’ is. Today, the explosion of heterodox economic approaches – of ‘doughnut’ pictograms, foundational models, care models, Green New Deals, UBI and UBS guarantees, First Nations First concerns and well-being indices – are doing exactly this. These are the changes happening around art and culture right now. The sector should embrace them.

Why revive the dull orthodoxies of 1990s corporate-speak? A way forward for the cultural sector will not come with professional lobbyists massaging the messages of the minister. It will come from re-asserting an inclusive vision of arts and culture based on citizens’ rights and shared democratic values. It will come from debating and agreeing the principles of a common culture on our shrinking and heating planet. This is only the sure route out of the Badlands.