You are here: Home » Articles filed under: 'News' » Article: 'A perspective on recruiter experiences'

A perspective on recruiter experiences 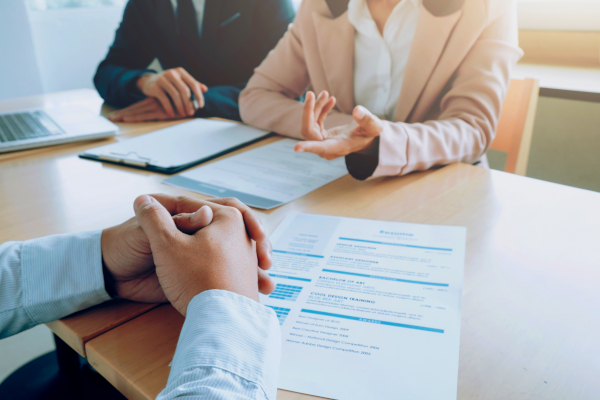 Thinking about the recruitment process recently, on three poor experiences I’ve had, and one stand-out one:

In about 2017 a museum leader role here in Aotearoa came up that I went for. I was shortlisted and took a day off work to fly and meet the recruiter (that wasn’t required, I did it off my own bat and at my own cost). The recruiter proceeded to tell me I looked “too young” to be a credible candidate, and I should come back when I had some wrinkles. I nonetheless made it to the final three candidates, after which the recruiter would call me occasionally, say things like “Just checking you haven’t done anything silly, like get married or get pregnant”. It was one of the most patronising and overtly sexist encounters of my working life.

Around the same time, another museum role came up. I was approached by the recruiter to provide my CV and (although I was luke-warm on the position) I did so. I made it to the longlist, and the recruiter rejected me with the feedback that they thought I was insufficiently experienced, and really need to “go somewhere and get a really good failure under my belt”. I felt at the time that this was risible feedback – how do you build a failure into your career path, to prove you can rebound from it? And moreover, what employer could in good conscience let an employee fail at the level this recruiter felt was necessary for me?

In 2019, a recruiter asked me what my career goal was, and I said Chief Executive of Te Papa. The recruiter asked me what I was doing to build for that goal, and I outlined it. Then they sat back and said to me “Look, I’m going to be honest with you: there are two things that from my experience are going to stand in your way of achieving that goal. One is that you present as young, and the other is that you’re a woman”. And while in this case I don’t believe sexism was at play (from the recruiter, at least – they were reflecting back to me the outcomes of the system they were familiar with), I was infuriated that my (perceived) age and gender were seen as fatal flaws. And even more infuriated that as a educated, privileged Pākehā woman, my chances were still likely to be much better in this context than others’.

So much for crappy experiences. My great experience was with Russell Spratt at Jackson Stone, who was the external recruiter for my current role.

At the end of our first interview, Russell asked me what I felt stood in my way of getting the role. And I said – because of all this conditioning, all this feedback I’d received on being too bubbly, too enthusiastic, too young-looking – that my biggest concern was that I just didn’t look like what people expect a CE to look like.

Russell talked me off this ledge. He gave me the reassurance – speaking as an expert who spends all day doing this – that pictures of what “leaders” look like are changing. He helped me realize that I’m not alone, and also that at a certain point in your career, employers either want you for all you bring, stand for and radiate outwards – or they want something else. It’s both deeply personal (entirely about you) but also de-personalised (it’s not that you’re not likable or not good enough, you’re just not what they need right now). It was a bloody invaluable piece of mentoring and increased my confidence hugely.

For the last couple of years, I’ve told people those crappy stories, and I’ve discouraged them from using the recruiters I had those experiences with. I’ve probably (if I’m honest with myself) indulged in a little bit of “revenge is a dish best served cold” behaviour rather than given the feedback to the people who were concerned.

Just recently, I’ve started looking at this in a different way. Recruitment is one of the most important things you do as a leader. It’s absolutely fine – useful in some circumstances – to enlist external support. But it’s your responsibility to set the tone for the recruitment, and your expectations of the experience your candidates should have. If candidates have a crappy experience, that rests with you.

So think really hard next time you do a piece of recruitment – what’s the experience I want to create for people who go through this process?