You are here: Home » Articles filed under: 'News' » Article: 'A revolution in philosophy & science'

A revolution in philosophy & science

May 16th, 2019 | Browse other: News. | Tagged with: creating a modern version of natural philosophy, The great split between science and philosophy | 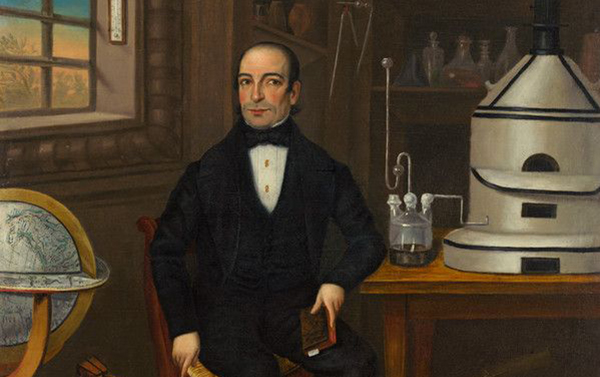 The great split between science and philosophy must be repaired. Only then can we answer the urgent, fundamental problems.

Once upon a time, it was not just that philosophy was a part of science; rather, science was a branch of philosophy. We need to remember that modern science began as natural philosophy – a development of philosophy, an admixture of philosophy and science. Today, we think of Galileo, Johannes Kepler, William Harvey, Robert Boyle, Christiaan Huygens, Robert Hooke, Edmond Halley and, of course, Isaac Newton as trailblazing scientists, while we think of Francis Bacon, René Descartes, Thomas Hobbes, John Locke, Baruch Spinoza and Gottfried Leibniz as philosophers. That division is, however, something we impose on the past. It is profoundly anachronistic.

At the time, they would all have thought of themselves as natural philosophers. All were prepared to think about fundamental problems of metaphysics and philosophy in addition to tackling more specialised problems of physics, astronomy, chemistry, physiology, mathematics, mechanics and technology. Philosophy as imaginative and critical thinking about fundamental problems was alive and well – and highly creative and productive. Both Kepler and Galileo made careful observations and performed experiments, as good scientists should; but they also adopted a metaphysical view of nature that held that ‘the book of nature is written in the language of mathematics’ as Galileo put it. They both adopted the view, in sharp contrast to the orthodox Aristotelian metaphysics of the times, that simple mathematical laws govern the way that natural phenomena occur, and this metaphysical view played a crucial role in the discovery and acceptance of their great scientific discoveries concerning the motions of the planets (Kepler), and the motion of terrestrial objects (Galileo). Descartes, Huygens, Boyle, Newton and others adopted diverse versions of the then metaphysical view that the Universe is made up of atoms.

It was Newton who inadvertently killed off natural philosophy with his claim, in the third edition of his Principia, to have derived his law of gravitation from the phenomena by induction.

Paradoxically, the first edition of Newton’s Principia (1687) was quite explicitly a great work of natural philosophy. There are, in the first edition, nine propositions all clearly labelled as ‘hypotheses’, some quite clearly of a metaphysical character. By the third edition (1726), the first two of these hypotheses had become the first two ‘Rules of Reasoning’, and the last five hypotheses, which concern the solar system, had become the ‘Phenomena’ of later editions. One hypothesis disappears altogether, and one other, not required for the main argument, was tucked away among theorems. In the third edition there are two further ‘rules of reasoning’, both inductive in character. In connection with the second of these, Newton comments: ‘This rule we must follow, that the argument for induction may not be evaded by hypotheses.’ And he adds the following remarks concerning induction and hypotheses:

whatever is not deduced from the phenomena is to be called an hypothesis; and hypotheses, whether metaphysical or physical … have no place in experimental philosophy. In this philosophy, particular propositions are inferred from the phenomena, and afterwards rendered general by induction. Thus it was that … the laws of motion and of gravitation were discovered.
In these and other ways, Newton sought to transform his great work in natural philosophy into a work of inductive science.

Newton hated controversy. He knew his law of gravitation was profoundly controversial, so he doctored subsequent editions of his Principia to hide the hypothetical, metaphysical and natural philosophy elements of the work, and make it seem that the law of gravitation had been derived, entirely uncontroversially, from the phenomena by induction. Because of Newton’s immense prestige, especially after his work was taken up by the French Enlightenment, subsequent natural philosophers took it for granted that success required that they proceed in accordance with Newton’s methodology. Laws and theories had to be arrived at, or at least established, by means of induction from phenomena. Metaphysics and philosophy had become irrelevant, and could be ignored. Thus was modern science born, and natural philosophy, which had given rise to modern science in the first place, was quietly forgotten.

Newton’s inductivist methodology is still with us. It is known today as ‘inference to the best explanation’. (Newton did not ignore explanation. His Rules of Reasoning stressed that induction required one to accept that theory which is simplest and, in effect, gives the best explanation of phenomena.) Scientists today might not hold that theories can be ‘deduced’ from phenomena by induction, but they do hold that evidence alone (plus explanatory considerations) decides what theories are accepted and rejected in science. In other words, they take for granted one or other version of standard empiricism, the doctrine that evidence decides in science what theories are to be accepted and rejected, with the simplicity, unity or explanatory power of theories playing a role as well, but not in such a way that the world, or the phenomena, are assumed to be simple, unified or comprehensible. The crucial point, inherited from Newton, is that no thesis about the world can be accepted as a part of scientific knowledge independently of evidence, let alone in violation of evidence. In essence, Newton’s methodology of evidence and theory still dominates the scene. The decisive split between science and philosophy, which is one outcome, persists today.

Philosophy was profoundly impoverished as a result of this split. Instead of science being a branch of philosophy – namely natural philosophy – science became distinct from and independent of philosophy. Philosophy lost a great chunk of its body, as it were, and by far the most successful chunk to boot.

Divorced from natural science, philosophy continued to dwindle in significance down to today. Psychology, anthropology, sociology, economics, political science, linguistics, logic and cosmology all broke away from philosophy and established themselves as independent disciplines. By the early 20th century, philosophy was in a state of crisis. It was entirely unclear what was left for it to do. One attempted solution was Continental philosophy, conducted mainly in Europe: it could ignore science, ignore reason, and plunge into a celebration of bombast and incoherence. Another attempted solution was analytic philosophy, conducted mainly in the English-speaking parts of the world: philosophy could devote itself to conceptual analysis, serious problems buried under a sheen of esoteric, spurious analysis of concepts.

But all this is unnecessary and absurd. The story I have told of the inevitable dwindling of philosophy, as components became, in turn, scientific, successful and independent, is a nonsense. The proper task of philosophy, even more important today, perhaps, than ever before, is to keep alive rational – that is, imaginative and critical – thinking about our most urgent and fundamental problems of thought and life. It is, above all, to keep alive such thinking about our most fundamental problem of all, which can be put like this: how can our human world, the world as it appears to us, the world we live in and see, touch, hear and smell, the world of living things, people, consciousness, free will, meaning and value – how can all of this exist and best flourish embedded as it is in the physical Universe?

Far from having its own distinctive subject matter, problems or methods, philosophy, properly conducted, has the subject matter and problems, potentially, of all the specialised disciplines, and the methods of all of enquiry, namely the methods of rational problem solving. Far from being yet another specialised discipline, distinct from and alongside other specialised disciplines, as so much academic philosophy strives to be today, philosophy, properly pursued has, as a basic task, to counteract specialisation by keeping alive thinking about fundamental problems in a way that interacts, in both directions, with specialised research. Again, philosophy properly pursued, is not the exclusive preserve of qualified philosophers; a basic proper task for professional philosophers is to encourage everyone to engage in some philosophy, some rational thinking about fundamental problems: non-academics as well as academics from the diverse specialised fields of academic research.

The above story about the inevitable decline of philosophy is thus a nonsense. The successful establishment and pursuit of the natural sciences, the social sciences, logic and linguistics does not impoverish philosophy, properly pursued as Critical Fundamentalism, at all. The vital need for rational (imaginative and critical) thinking about fundamental problems remains undiminished. It is needed so that science, and so that academic enquiry as a whole, can meet elementary requirements of rationality. (Rationality demands that one keeps alive thinking about the fundamental problems one seeks to solve.) The self-mutilation of philosophy by the adoption of Continental philosophy or analytic philosophy – which results in philosophy failing to do what it most needs to do – is entirely unnecessary.

Why, then, did it happen? In part, perhaps, because of a failure to appreciate just how vital, how necessary, it is to keep alive influential rational thinking about fundamental problems, especially as specialisation becomes more and more rampant. Instead of seeking to counteract the evils of rampant specialisation, academic philosophy has tended, in the 20th century, to seek out eagerly, even desperately, its own specialised niche.