You are here: Home » Articles filed under: 'News' » Article: 'AAM seeks $4B to support non-profit'

AAM seeks $4B to support non-profit

March 26th, 2020 | Browse other: News. | Tagged with: American Alliance of Museums Asks Congress to Allot $4B for Nonprofit Museums, COVID-19 | 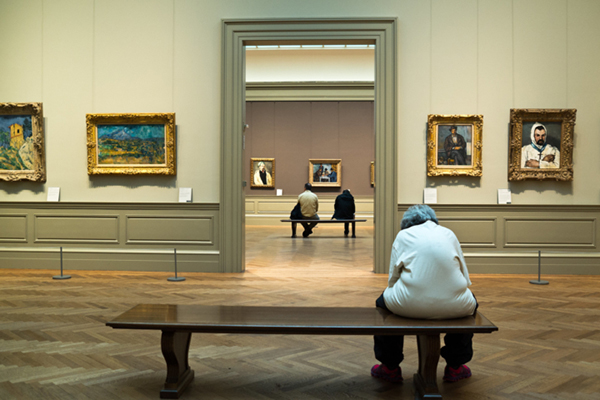 The Metropolitan Museum (via Phil Roeder/Flickr).

“Nationwide, our museums are losing at least $33 million a day due to closures as a result of COVID-19,” explains a letter to House and Senate Leaders by museum association leaders.

As the COVID-19 pandemic continues, the cultural sector battles unprecedented financial blows, with major museums across the world indefinitely shutting their doors to visitors in an effort to contain the novel coronavirus. In a letter dated yesterday, March 18, museum leaders across the United States wrote to US Congress and Senate leaders requesting Congress allocate at least $4 billion to nonprofit museums in the United States.

Addressing Speaker Nancy Pelosi and Leaders Mitch McConnell, Kevin McCarthy, and Charles Schumer, the administrators explain the “existential threat from the closures required to address the COVID-19 pandemic.” The letter notes that museums annually contribute $50 billion to the US economy, generate $12 billion in local, state, and federal tax, along with supporting 726,000 jobs, expressing worry that great losses in the cultural sector will displace thousands of workers and act as a blow to the greater economy. Yesterday, a New York Times article revealed anxieties at the Metropolitan Museum of Art, which is estimating a $100 million loss as it scrambles to navigate an indefinite closure, which may leave the museum doors locked until July. The worries at the institution forecast an even worse fate for many museums across the nation.

The letter elaborates, “Nationwide, our museums are losing at least $33 million a day due to closures as a result of COVID-19 and will be in desperate need of significant federal support to maintain jobs, secure our cultural heritage, help to rebuild our nation’s tourism industry — and simply to survive the months to come.” The memo was signed by Laura Lott, president and CEO of the American Alliance of Museums, and Christine Anagnos, executive director of the Association of Art Museum Directors, as well as the leaders of six other cultural associations.

The memo stresses that museums continue to provide social and cultural benefits amid the pandemic, as museums digitize their archives and offer online learning tools and exhibitions, among other remote programs. The cultural leaders warn that “as many as 30% of museums, mostly in small and rural communities, will not re-open without significant and immediate emergency financial assistance.”

Along with at least $4 billion in economic relief legislation, the letter explains, “In addition, we urge Congress to adopt a temporary ‘universal charitable deduction’ to help incentivize charitable giving which is expected to decline in the months ahead.”

In a separate press release today by the American Alliance of Museums (AAM) — “the only organization representing the entire scope of the museum community” — it explains that “as donors reassess their capacity to give due to the stock market’s volatility,” this will likely hit museums, which currently rely on philanthropy for many of their major functions, hard.

The AAM continues, “Initial furloughs and layoffs among museum personnel have already begun this week. There are field-wide concerns about large-scale layoffs, especially for the lowest paid and hourly staff as they will potentially be hit the hardest.”

The organization concludes, “Congress should ensure communities are able to support their local museums and all nonprofits during this crisis by enacting a targeted, temporary giving incentive that enables all Americans to receive a tax incentive for giving to the work of museums, and all charitable nonprofits, responding to, or suffering from, the COVID-19 pandemic.”

On March 13, AAM encouraged its supporters to urge legislatures to include museums in COVID-19 financial relief packages.