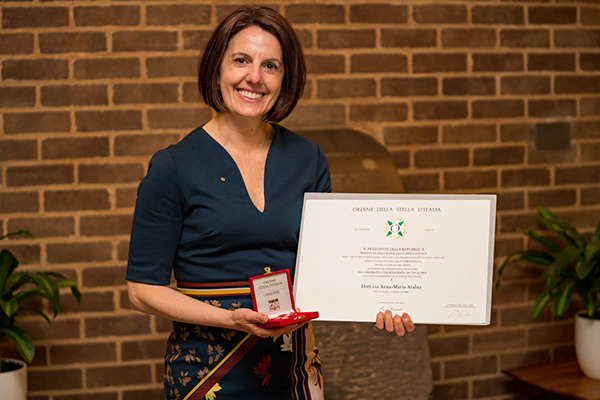 The Chief Executive of the Australian Academy of Science, Anna-Maria Arabia, has been awarded one of Italy’s highest civilian honours for strengthening the ties and friendship between Australia and Italy in the STEM sector and beyond.

Melbourne-born and now Canberra resident, Ms Arabia was presented the Knight of the Order of the Star of Italy last night at the Shine Dome, the home of Australian science, by the Ambassador of Italy to Australia, Her Excellency Francesca Tardioli.

Ms Arabia is among four Australians to receive the honour in 2021.

Ambassador Tardioli said Ms Arabia has maintained a strong bond with Italian culture and has actively contributed in a concrete way to strengthening the ties and friendship between the two countries.

“Her excellent professional profile, the prestige she enjoys in the vast Australian and international scientific community, her constant commitment to promoting the role of science in society, her determination in encouraging the access of young people to scientific careers, while pursuing a gender balance, make her extremely worthy of receiving the recognition of the Italian Republic,” said Ambassador Tardioli.

In thanking Her Excellency, Ms Arabia said she was humbled to receive the award.

“I’m grateful to have had opportunities to bring science to the service of the nation whilst drawing on my Italian cultural heritage to foster cooperation between Italy and Australia.” 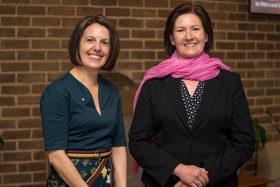 The honour coincides with Ms Arabia’s reappointment as Chief Executive of the Academy for another five-year term.

Professor Shine said Ms Arabia has successfully steered the Academy through the pandemic, leading to the establishment of improved mechanisms to enable evidence-informed decision making.

“Ms Arabia has also established the Academy’s sophisticated public engagement capability that has made science accessible to a vast audience. Her focus on equity has advanced diversity and inclusion practices in the Academy and across the STEM sector.

“Over the last five years Ms Arabia has achieved financial consolidation and growth of the Academy and is overseeing major refurbishments of the heritage listed Shine Dome and Ian Potter House, following significant damage to both buildings in Canberra’s 2020 hailstorm.

“We look forward to working together to advance science in Australia in coming years,” said Professor Shine. 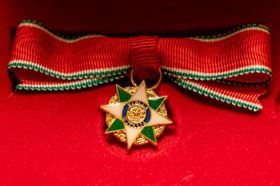 The Order of the Star of Italy was established in 2011, replacing the Star of Italian Solidarity. The award is divided into five classes: Grand Cross, Grand Officer, Commander, Officer and Knight and is granted by the President of the Republic, on the proposal of the Italian Minister of Foreign Affairs.

The awarding of the Knight of the Star of Italy is a civilian honour reserved for Italian citizens and foreigners who, abroad, have acquired particular merits in the promotion of friendship and collaboration relations between Italy and the country in which they operate, and in promoting ties with Italy