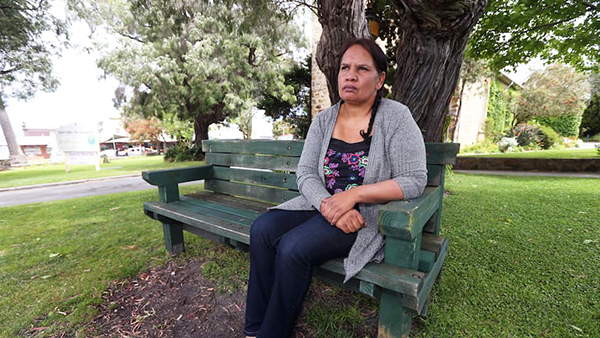 The remains of six Menang Noongar ancestors that have been on show in German museums will finally return to their homeland later this month.

Taken from the Albany area more than 100 years ago, their return is part of a broader project to bring ancestral remains home.

Several elders from across Australia will travel to Leipzig in Germany for an official handover of 42 ancestors’ remains.

Mt Barker woman Megan Krakouer will be part of the journey.

She will return six ancestors who were disinterred from burial grounds in King George Sound in 1880.

Ms Krakouer said it would have a tremendous impact on the Menang people to bring their ancestors home after 139 years.

“They were taken to Italy by a so-called professor of zoology and presumptive expert in comparative anatomy, Dr Enrico Giglioli,” she said.

“In 1888, zoologist and anthropologist Giglioli sold our people’s remains to a museum in Leipzig.

“The imputation is clear — that our people were treated as if less than human, and that was racism, a sin that led to the apartheid our people endured.”

Ms Krakouer said the return was about much more than physical ownership — it was also a step in healing the trauma.

“The repatriation, our journey to bring home our people, is collective healing, trauma recovery which does reach right down to each individual,” she said.

“The suffering that many of our people endure today originates in the sins and inhumanity dished to our people when strangers landed and dispossessed our peoples.

“We were made unequal and debased by the colonialist invaders, the pillagers who not only massacred and drove the remainder of our peoples from their lands but debased and tormented them generation after generation.

“Repatriation of our people’s remains is about cultural dignity and spiritualism, but repatriation of all our people is a sign to Australia of no more racism — never again.”

Ms Krakouer has been tasked with making the journey alongside elder Stuart Hansen for the Wagyl Kaip Noongar Menang peoples.

While the 42 ancestors’ return mark a milestone, she said she believed there were hundreds more stored in international collections waiting to be returned.