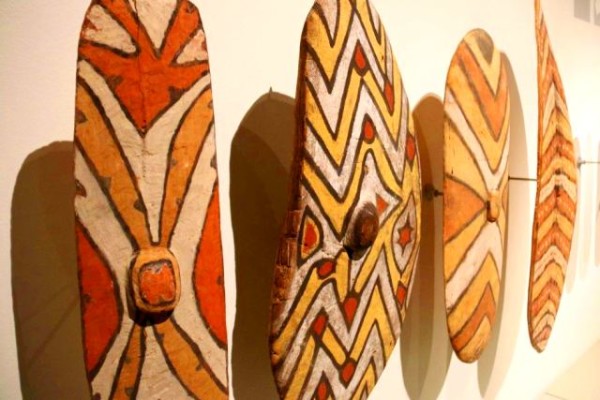 Shields from north-east Queensland constructed in the 1890s to the mid 1900s. ABC News: Malcolm Sutton.

A unique exhibition of Aboriginal shields from around Australia has opened at the South Australian Museum.

Anthropology senior curator Doctor Philip Jones said men bore shields after they were initiated, which were often used in close quarters, either to parry during fighting or to deflect spears.

“Aboriginal warfare was often theatrical and orchestrated,” he said. “Usually when someone was seriously injured or killed, the whole thing stopped.” The exhibition runs until May 22.