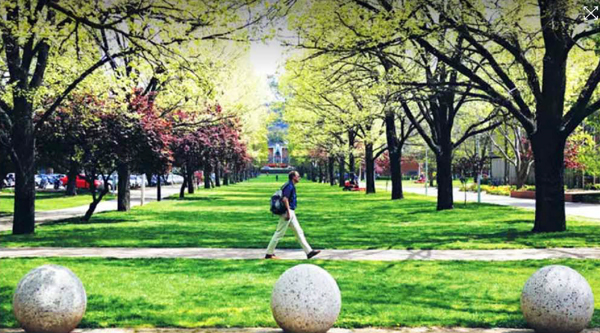 Following the hysteria surrounding the Ramsay Centre for Western Civilisation – and the decision by the Australian National University to reject its offer that would have funded a new course – I think it’s time for everyone to take a deep breath.

There’s not enough philanthropy in Australia. If someone offers to donate millions of dollars, I completely understand why universities would want to say “yes please”.  Unless, of course, that donation could compromise academic freedom.

The Ramsay Centre is still looking for a tertiary home for its donation, that is linked to the running of a course on Western civilisation.

But given academic freedom is one of the foundations of Western civilisation, the Ramsay Centre should make clear to any university they are talking to what the intentions of its bequest are, then allow their partner university the freedom to appoint staff and develop a curriculum that reflects the intention of the bequest.

This should apply to any bequest or any donation to our universities, whether it comes from an individual, another country, a philanthropic organisation or a corporation. A donation does not buy you the right to censor course content, skew research, nor dictate staffing matters.

Some of the objections to the Ramsay proposal seem to be to the teaching of Western civilisation itself. I’m really not sure how democracy, philosophy, art, literature, classical music and so on can have become such dirty words, nor do I agree that they belong to conservatives, or the right.

But let’s not pretend that these ideas are one-dimensional. Some of those who today laud struggles for democracy called Nelson Mandela a terrorist. The struggle for female suffrage – fundamental to our notion of democracy – cannot be separated from feminism and unionism. Do the Ramsay Centre proponents plan to teach about these great social movements?

If we’re teaching about the West, what will we teach about colonialism and colonisation? Many would say the West has a foundation in Judeo-Christian religious teaching, but atheism is just as powerful a force in forming our society. I like living in a society that doesn’t stone people for being apostate.

Western civilisation has bequeathed us much of which we should all be proud: democracy, freedom, yes, but also universal suffrage, women’s rights, gay rights, and the union movement. Those things deserve to be studied, whether you’re a progressive or conservative or something in between. They deserve to be studied in all their complexity, not as part of a reductionist simplification of our history.

Australia has world class universities, with a reputation for academic independence. By all means, accept the Ramsays’ generous offer to fund the study of Western civilisation. By no means accept that Western civilisation is one-dimensional and that donating to a university gives a benefactor the right to undermine academic freedom or vigorous debate.

As the late, great Gough Whitlam said: “Academic freedom is the first requirement, the essential property of a free society. More than trade, more than strategic interests, more even than common systems of law or social or political structures, free and flourishing universities provide the true foundation of our western kinship, and define the true commonality of the democratic order.”

Tanya Plibersek is the federal Labor spokeswoman for education.