You are here: Home » Articles filed under: 'News' » Article: 'Academy Museum to open with “Hayao Miyazaki”' 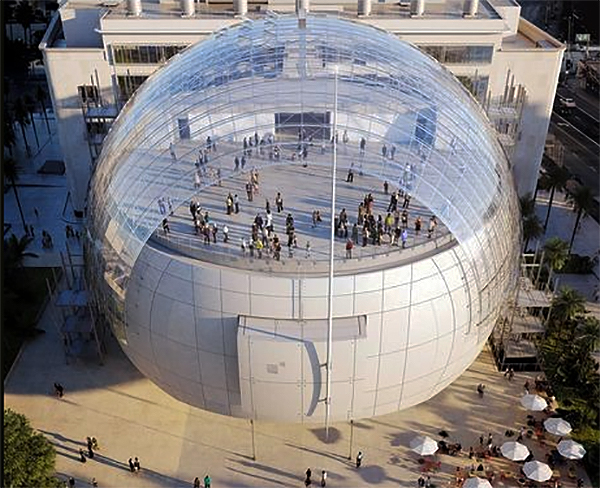 The first North American retrospective for anime maestro Hayao Miyazaki will be shown at the April 30 opening of the Academy Museum of Motion Pictures in Los Angeles.

The museum is run by the U.S. Academy of Motion Picture Arts and Sciences, which organizes the Academy Awards.

The special exhibition, called “Hayao Miyazaki,” will feature at least 300 displays, including concept sketches and other illustrations drawn by the director for his own films.

Jessica Niebel, the curator behind the exhibition, said she hopes many people will see how a simple drawing can open doors to an infinite world.

In addition to a permanent exhibition presenting a general overview of film history and technology, the museum will feature galleries for special exhibitions.

The Miyazaki retrospective was picked as the museum’s inaugural temporary exhibition because Miyazaki met the conditions of eligibility, Niebel said. 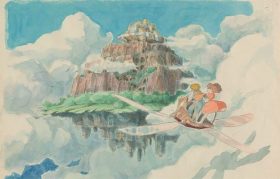 An imageboard for “Castle in the Sky” ((c) 1986 Studio Ghibli) (Provided by the Academy of Motion Picture Arts and Sciences).

He is a famous filmmaker who is currently active, has a large influence on the world of cinema and a large fan base around the globe, and is someone who has never had an exhibition in North America, she said.

With the help of Studio Ghibli Inc., the museum will display character designs, imageboards, storyboards, backgrounds, celluloid pictures, and other materials from Miyazaki’s major works, including “Nausicaa of the Valley of the Wind” (1984) and Oscar-winning “Spirited Away” (2001).

Excerpts from his films will be shown at the venue, as well as special screenings of his works at the state-of-the-art theater inside the museum.

Niebel said the director has a unique style and visual language, and that he is involved in every step of a film’s development, from conception to completion. And what motivates him is to draw by himself, she added.

EACH ONE TELLS A POEM

Citing an imageboard showing Pazu and Sheeta, the protagonists of “Castle in the Sky” (1986), heading to the floating castle of Laputa on a Flaptter (aircraft with flapping wings), Niebel said it represents everything about Miyazaki.

According to the curator, the image vividly shows the firmly established universe, the exciting story and even the movements of the clouds and the Flaptter. What is remarkable, she said, is the fact that many such eloquent illustrations were drawn in a short period of time during the preparation stage.

And each one tells a poem and is as appealing as any drawing carefully created by a painter or an illustrator, she added.

When asked how she would compare Miyazaki to Walt Disney, the U.S. creative giant of animation, Niebel pointed out that Disney was a producer while Miyazaki is a painter, animator and director. But their common point is that they both founded their own studios to make ideal movies and constantly tried to break through the limits of animation.

The entrance to the exhibit venue will be the Tree Tunnel gallery, inspired by “My Neighbor Totoro” (1988). There will also be an installation of the trunk of a large tree reminiscent of the forest from “Princess Mononoke” (1997). The playful Kodama forest spirits will appear and disappear, the curator said.

The immersive Sky View installation will allow visitors to share the same feeling as Kiki has when she looks up at the sky lying on the grass in the opening scene of “Kiki’s Delivery Service” (1989). Visitors can sit and watch the clouds passing by on the ceiling screen.

Although it sounded like a virtual reality flight experience, Niebel said that would deviate from Miyazaki’s worlds, adding that the animator is not a digital technology person.