November 21st, 2018 | Browse other: News. | Tagged with: Equality and Diversity within the Arts and Cultural Sector in England 2013-16, evidence of class bias in arts funding | 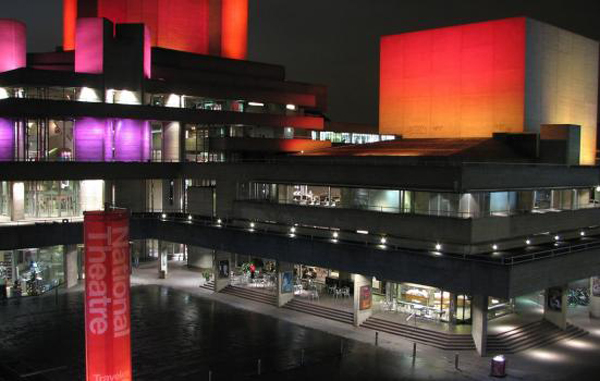 The tendency for people from higher social grades to be more likely to attend arts events is down to a mismatch between current funding priorities and the public’s taste, rather than any lack of demand, an evidence review suggests.

The mismatch between current arts funding priorities and the public’s taste has been underlined in an evidence review of ‘Equality and Diversity within the Arts and Cultural Sector in England, 2013-16’.

The review, carried out to inform Arts Council England’s (ACE) next ten-year strategy, presents a collection of evidence showing that engagement with culture in England remains sharply divided along class lines – a situation that is being exacerbated by “a narrowing of cultural education in schools which limits the broadening of tastes”.

The plethora of reports and investigations drawn together in the review reveal that people with higher incomes attend arts events in disproportionately high numbers, but they are less likely to actively participate in cultural activities.

Participatory arts activities are more popular among those with flexible working schedules and more disposable time than among “those who are both objectively and subjectively ‘busy’”, who opt for less time-consuming forms of leisure.

“Language, attitudes and the prevailing ‘excellence’ narrative in the arts can be seen as divisive in terms of engaging a broader audience in arts”, the report says. It adds that it is the nature of the publicly-funded arts offer, rather than any lack of demand, that is at the root of the socio-economic engagement gap.

The review, commissioned by ACE and conducted by Consilium, finds consistent messages coming from a wide range of respected data sources.

From the influential AHRC-backed 2016 report, Understanding the value of Arts & Culture, it finds that “cultural engagement in the UK and other countries is socially stratified, with involvement in arts and cultural activities differentiated by class, status, gender, ethnicity and/or disability.” Authors Crossick and Kaszynska highlight how “socio-economic differences derived from conditions such as income and employment play an important role in perpetuating cycles of transmission in cultural engagement and disengagement”.

ACE’s own research is quoted, including data from the Audience Agency, that illustrates how people from social grades A, B and C1 have a disproportionately high representation among audiences at ACE’s National Portfolio Organisations (NPOs), while those from grades C2, D and E are under-represented.

But the review also notes that the Taking Part data contains some indications that class inequalities are reducing. The gap in arts engagement between adults living in the most and least deprived areas of the country fell from 26.8 percentage points in 2009/10 to 14.6 percentage points in 2015/16. And over the same period, the proportion of adults from the most deprived areas who had visited a museum or gallery rose from 30.4% to 43.6%.

Inequalities in the arts relating to characteristics including gender, race, disability and age are also set out in the review, which points to research showing that:

The report notes that many arts organisations “don’t have the expertise or resources needed to design and implement effective approaches to meet obligations outlined in the Equality Act 2010” and acknowledges that many of the complex drivers of inequality are outside the direct control of the cultural sector.

It urges government departments to provide a policy environment that addresses fundamental barriers to diversity, and recommends that ACE carries out further research to fill evidence gaps.

These include undertaking “in-depth qualitative research on equality and diversity issues facing the protected groups of sexual orientation, religion and/or belief, pregnancy and maternity, marriage or civil partnership status and gender re-assignment”.