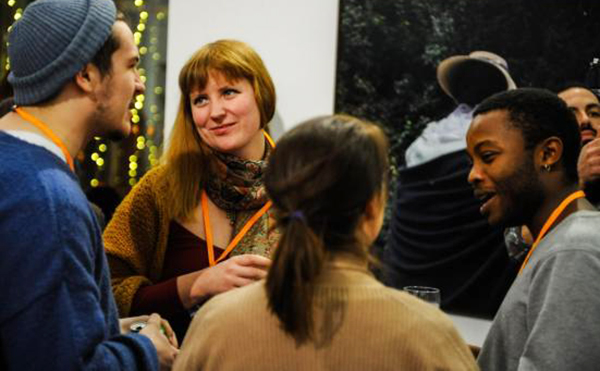 Arts Council England will begin collecting data on the socio-economic background of its NPO workforce next year, but will need to overcome perceptions that doing so is “alien, intimate and intrusive”.

Arts Council England (ACE) is to begin collecting data on the social class of the workforce at its National Portfolio Organisations (NPOs) but has been warned it must take care to overcome reservations about the move within the sector.

The funder will introduce a question to its annual survey of NPOs in April asking about people’s parents’ or carers’ occupations when they were 14, and report the data from 2021. This is despite the question receiving a “very high negative response” when piloted with staff at NPOs, who saw it as “alien, intimate and intrusive”.

Providing this data will not be mandatory for NPOs for at least a year. In response to questions on Twitter about how the data will be used, the funder wrote: “We’re putting this socio-economic question out there to open up a two-way conversation with NPOs first. We’ll use that feedback (and data) to progress from there…we want a conversation to start in organisations. How do people feel about this question? Let’s dig in together.”

The question ACE will introduce into its annual survey is in line with Cabinet Office recommendations on measuring socio-economic background. It is: “Thinking back to when you were aged about 14, which best describes the sort of work the main/highest income earner in your household did in their main job?”

This formulation was recommended by Dr Susan Oman of the University of Sheffield, who explored different options with staff at NPOs as part of research commissioned by ACE. A policy briefing from Oman in July said the recommended question was “the most socially scientifically robust”, but also “the most problematic for people when trialled”.

Difficulties included “discomfort at being asked these questions as they felt unfamiliar, emotional responses owing to life circumstances at the age of 14 and practical unease as the answer to the question is not always known”, Oman’s research report says.

In focus groups, some NPO staff became “visibly upset” by the question because it brought up difficult memories, such as losing a parent at that age. “One person had lived in care at 14 and another had cared for her dying parents at 14”, says the report. Participants also discussed how people they knew may have found it difficult to answer: “on a number of occasions, people referred to abusive childhoods and the dredging up of painful memories.”

The question also caused problems among some younger participants who said they did not know what their parents’ jobs were. “The changing nature of industry and the growth of the ‘knowledge economy’ has seen an increase on what has been called ‘immaterial labour’, in that it is not easily recognisable as work in a traditional sense”, says the report.

The report concludes that “care is required in the presentation of this question and communications surrounding its introduction.” Oman recommends that “ACE should lead ‘soft’ communications with the sector on the value of the question and develop effective guidance to share with organisations to help them collect the data, and reassure staff who share their data.”

ACE and the cultural sector are also urged to “co-produce formal guidance on good practice when collecting and monitoring data on protected characteristics. This should include guidance for organisations to communicate the rationale behind the questions to staff and offer assistance to ease responding.”

In addition, Oman’s research found concerns about whether the socio-economic data would lead to targets and KPIs being introduced. “Providing this information could reduce anxiety in the broader sector,” says the report.

Since announcing the move, ACE has posted a video of a panel discussion on socio-economic diversity led by David Loumgair, Creative Director of Common theatre company, and answered questions from the sector on Twitter.

One person tweeted: “I seem to remember in past research about diversity, quite a few orgs ticked the ‘don’t know’ or said they didn’t have the data. How will you make sure your NPO’s actually get this data, and what will you do if NPO’s don’t collect data?”

ACE replied: “For this question – it won’t be mandatory in Year 1. We need to see how the Q is found first, and if we need to make any changes. But in terms of ‘don’t knows’ we want to talk to orgs who are struggling, we’ll help them.”

Another person wrote: “I’ve run projects in deprived areas where people are very fearful of monitoring forms – from fears over immigration to losing benefits, because forms = authority. What can we do to capture and improve impact while being sensitive to concerns of community?”

The funder responded: “It’s definitely about trust. Susan Oman picked up on this very issue during the research which has helped inform our approach to how we communicate the question, why we are asking it and how it will impact our work”.

Among the positive responses to the announcement was one person who tweeted: “I am personally finding the Creative Case live webinar refreshing and affirmative as someone with a working class background on a leadership journey in the arts…Still so much more to be done but great that this is progress”.

ACE’s Deputy Chief Executive Simon Mellor said: “There is a growing body of evidence that people from lower socio-economic backgrounds are under-represented in publicly funded culture. This is a significant concern both to the Arts Council and the organisations that we invest in. Gathering better data about the backgrounds of those who currently work in our National Portfolio is an important step in understanding the scale of the problem and helping us to consider what steps we can all take to challenge the barriers that people face in entering and progressing in our industry.”

A spokesperson for ACE added: “We will be considering how the question is received and the feedback we get from NPOs in year 1 to see if we need to make any changes to the questions and/or the fixed responses to it, as well as when it will become a mandatory element of the survey – but this is likely to be from the next portfolio in 2022.

“Piloting the question through this introductory year is part of what Susan Oman describes as ‘soft communications’ – we’re really keen to ensure that NPOs come to us with questions or concerns, whether that’s through the open text feedback section in the survey or the NPO survey email address. We want to work with them as we introduce this question, which is why we haven’t made it mandatory straight away.”