February 11th, 2022 | Browse other: News. | Tagged with: ACMI announces Light: Works from Tates Collection, Australian Centre for the Moving Image, How many artists does it take to change your view of a lightbulb? | 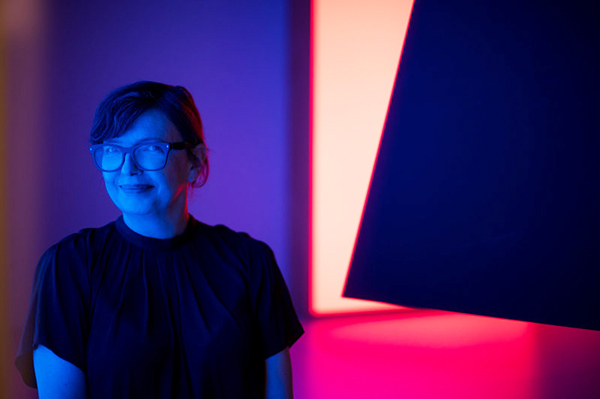 Nick Miller, How many artists does it take to change your view of a lightbulb?, The Age, 10 February 2022

Revered French artist and filmmaker Jean Cocteau once mused that “cinema is the form of modern writing whose ink is light”.

Taking that to heart, the Australian Centre for the Moving Image will premiere an unusual exhibition in June – at least unusual for a museum dedicated to moving pictures.

Light will feature 70 works spanning 200 years of art history, all sourced from London’s Tate and most of them defiantly static: painting, photography, sculpture, drawing and installation.

But their connecting theme is a fascination with the qualities of light: such as painter JM Turner’s 1805 The Deluge with its dramatic play of darkness and sublime illumination; Monet’s 1894 serene, misty The Seine at Port-Villez; James Turrell’s immersive 1969 LED installation Raemar, Blue and Olafur Eliasson’s spectacular 2014 sculpture Stardust Particle.

ACMI director Katrina Sedgwick said they want to show where the moving image sits in the broader creative and artistic canon.

“Light and shadow are the building blocks of the moving image and we really dive deep into that,” she says. “Each of these artists have been fascinated with light and each has engaged with it in radical and new ways.”

There has been a constant conversation between static and moving picture art, Sedgwick says: “There are weird definitions that divide the arts from film and the screen industries, but there has always been cross pollination, inspiration, conversation across those forms. And I think as screens dominate more and more we’re going to see a growing intersection.”

Alongside the exhibition they will run presentations about cinematography, and the way filmmakers harness light through the lens.

ACMI curator Serena Bentley said visual artists have long been inspired by the possibilities of film and photography. The exhibition is not entirely static: it also shows art made with celluloid.

One of the works in the upcoming exhibition she is most looking forward to will be Light Music (1975) by Lis Rhodes, who drew directly onto film strips that play through projectors, creating abstract forms of black and white lines on a screen.

“It’s essentially drawing being transformed into moving image and sound,” she said. “It’s presented in a darkened space, it’s very misty and there are these huge, sculptural beams of light that are transformed as we walk through them.”

Artists have long been fascinated by the ephemeral qualities of light, she says. The play of light as it illuminates a scene can evoke moods and feelings, or it can play tricks or tell jokes.

However, the exhibition won’t include what is probably the Tate’s most famous and controversial light-based artwork, Martin Creed’s 2013 The lights going on and off, an installation that literally just turns the lights on and off.

“I wish we could have picked that one,” Bentley says. “But maybe we can secretly emulate it ourselves, in another room.”

Light: Works from Tate’s Collection will run June 16 to November 13 as part of the Victorian Government’s Melbourne Winter Masterpieces series.