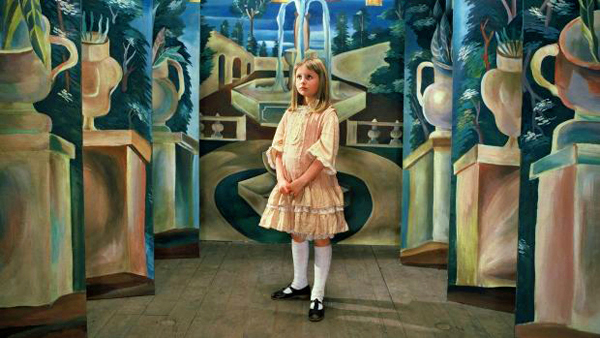 Karl Quinn, Alice’s adventures in film and television to come to life in Wonderland at ACMI, The Sydney Morning Herald, 28 November 2017

Almost since the beginning, filmmakers have been fascinated with Lewis Carroll’s stories. A new exhibition will look back at that rich, weird history.

Lewis Carroll would have been delighted, what with his being a mathematician and all, with the launch of Wonderland at the Australian Centre for the Moving Image on Monday. There were so many numbers, with this interactive exhibition about Alice’s adventures in film and television expected to generate many more.

“Last year we welcomed 1.3 million people through our door,” said ACMI CEO Katrina Sedgwick as she set the stage for what was to come.

By the time Minister for Tourism and Major Events John Eren had stepped up to the lectern that figure had magically grown to 1.5 million. By the time he had finished, it was predicted to grow higher still. Curiouser and curiouser.

This Winter Masterpieces exhibition, set to open next April, is a home-grown affair, created by ACMI in collaboration with theatrical designer Anna Tregloan, a handful of digital creative studios, a sound designer and a composer. It will take audiences down the rabbit hole for an immersive journey through the more than 40 feature films and 30-plus television adaptations of Carroll’s books Alice’s Adventures in Wonderland (first published in 1865) and Through the Looking Glass (1871).

Artefacts and clips have been sourced from more than 20 private collections around the world.

Remarkably, the first big-screen adaptation – Cecil M. Hepworth’s short Alice in Wonderland– was released 114 years ago. “This material where the impossible becomes possible in this book is so perfect for adapting into a screen environment,” noted Sedgwick of the enduring fascination with Carroll’s stories.

The exhibition would, she added, “simultaneously tell the story of special effects in filmmaking from 1903 onwards, from the very analogue paper cut-out right through to the digital effects of the Burton film  [Through the Looking Glass] in 2016. We span everything from the earliest optical toys right through animation, puppetry, live-action cinema, video games, CGI, 3D and beyond.”

The exhibition is expected to draw more than 150,000 visitors over almost six months. If all goes according to plan, it will then emulate ACMI’s earlier home-grown shows Game Masters and Dreamworks: The Exhibition in leaving the Antipathies (as Alice called this part of the world) and touring internationally, thus feeding some more magic numbers back into ACMI’s coffers.

Wonderland will be at the Australian Centre for the Moving Image at Federation Square, Melbourne from April 5 to October 7, 2018. Details: acmi.net.au