March 3rd, 2022 | Browse other: News. | Tagged with: Australian Centre for the Moving Image, The iconic Grace Tame ‘side-eye video’ is now on display in a museum | 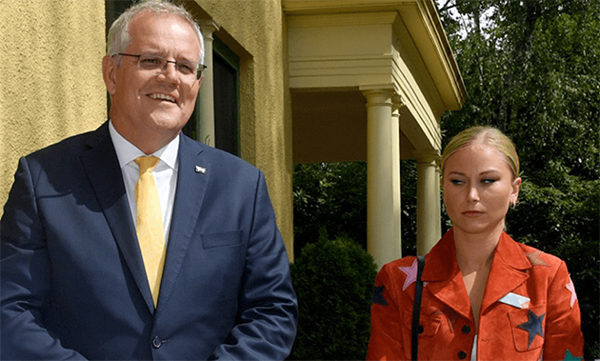 Footage of Grace Tame refusing to smile for Scott Morrison’s photo op is now fittingly on display at a museum in Melbourne.

Australian screen culture museum ACMI has responded to calls for the iconic video of Grace Tame at the Australian of the Year Awards to be immortalised as a museum exhibit.

After winning Australian of the Year for her activism against sexual assault, Grace Tame understandably refused to smile for a photo with a man who has shown no interest in doing anything about a culture of sexual harassment in parliament. 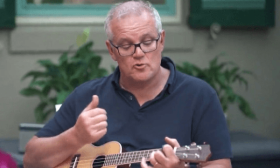 Scotty is too busy murdering songs on the ukulele to listening to victims of sexual assault | Credit: Nine Network/60 Minutes.

Tame copped plenty of backlash from a lot of pissed off old men – the very same people who defended bushfire victims for rejecting Scotty’s handshakes after his infamous tropical getaway.

But AMCI were among the many to applaud Tame’s refusal to “give us a smile, love” – vowing to exhibit the footage in their gallery of iconic videos.

“We heard there was a suggestion that the footage of Grace Tame belonged in a museum. So we did something about it,” ACMI announced to Twitter last month. 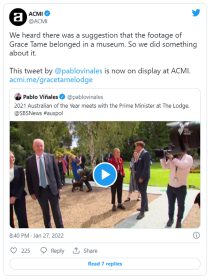 The video has been added to the section of the museum that celebrates “moments, stories and memes capturing the zeitgeist by going viral on the internet”.

But this isn’t AMCI’s only video starring Scott Morrison. The museum is also showcasing a short film called “Scott No Friends,” which chronicles the Prime Minister’s very lonely G20 summit in Rome, where pretty much every world leader flat-out ignored him. 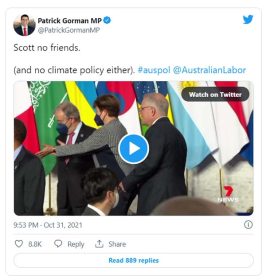