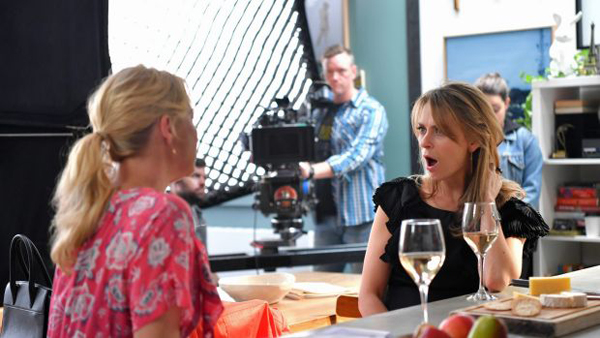 The best drama and comedy series from around the world are coming to ACMI in July, courtesy of the French

What is billed as the “Cannes Film Festival of the television world” is coming to Australia, with a local arm of the Paris-based Series Mania set to land at Melbourne’s ACMI from July 20 to 24.

A curated event that aims to present the best in television drama and comedy from around the world to the public, the inaugural Australian version of Series Mania will present more than 40 screenings (a scaled-down version of Paris’s 150), talks and Q&As from high-profile program makers and stars, plus master-classes and workshops for the public and industry professionals alike.

“To get a satellite offering here in Melbourne helps us a lot in establishing a reputation as the site in Australia, and indeed this part of the world, where you’d come for TV,” he said.

The event would serve a dual function, he added: “An engagement with the broader community on the one hand – a celebration of television – and on the other, to signal to the sector and the industry globally that this is where you come for a whole ecology of TV-related services.”

The news was announced on the set of Offspring, whose seventh season is now filming. There’s no guarantee the show will be in the yet-to-be-finalised program at Melbourne’s Series Mania, though producer Imogen Banks has had three shows screen in the Paris event – Tangle, Puberty Blues and Gallipoli – so knows exactly what it has to offer.

“For the general public, what’s great is that it’s a celebration of television,” she said. “It’s a really accessible festival, and it’s for an audience. There are forums, really great guest speakers – Mad Men creator Matthew Weiner was there when I was – and there’s great access to the creators of international content that people are watching.”

For those actually making television, she said, “it contextualises our work internationally. It was lovely to see where your thing sits in the world, rather than just in an Australian context. And obviously it’s nice to have what you’re making assessed as having enough merit to be included in the program.”