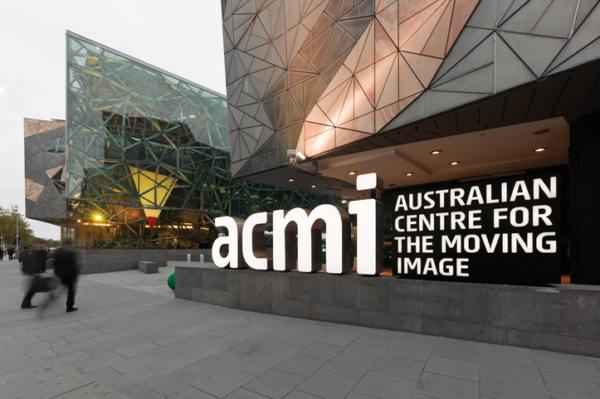 ACMI (Australian Centre for the Moving Image) has recorded its highest attended year on record in 2015-16 with over 1.45 million visitors welcomed to its Federation Square museum alone, punctuating the end of a big year for the most visited moving image museum the world.

“The success of the past year is the result of world class programming, commissions and initiatives, as well as an increasing brand presence and rapidly cumulative global footprint.”

“Under the dynamic leadership of [CEO and Director] Katrina Sedgwick and our Executive Team, ACMI is an institution that is evolving and innovating at a rapid pace. We are attracting industry leaders, refreshing our spaces for optimum performance, and constantly experimenting with ideas – the result of a culture shift that has driven our best year on record.”

“The successes of 2015-16 would not have been possible without the support of the Victorian Government, through Creative Victoria and the Victorian Major Events Company, as well as the many individual and organisational supporters whose generosity directly contribute to our achievements,” said Mr Lewinsky.

ACMI’s remit and initiatives advance the Andrews Government agenda in the areas of innovation, education and tourism, as well as its new Creative State strategy said Director and CEO, Katrina Sedgwick.

“Our strategy aligns with the visionary Creative State strategy of the Victorian Government, and this year we have worked closely with Creative Victoria to ensure ACMI will support the delivery of this ambitious vision for our State,” said Ms Sedgwick.

ACMI saw an additional 543,000 visitors to its national and international touring exhibitions in 2015-16. Four home-grown touring shows are on the road – internationally DreamWorks Animation: The Exhibition and Games Masters and nationally Shaun Tan’s The Lost Thing: from Book to Film and War Pictures: Australians at the Cinema 1914-1918.

“ACMI plays a central role in our creative state and in Melbourne’s reputation as a city of ideas and excellence. ACMI’s exhibitions wow the crowds on home turf and their touring program has taken Melbourne-made exhibitions across the state, the country and the globe.” said Minister Foley.

Game Masters and DreamWorks Animation: The Exhibition, which premiered as part of the Melbourne Winter Masterpieces initiative, were made possible by the Victorian Government via the support of the former Victorian Major Events Company (now Visit Victoria); an investment which allowed ACMI to become the first cultural institution to tour locally-curated Melbourne Winter Masterpieces exhibitions on the world stage.

Shaun Tan’s The Lost Thing: from Book to Film and War Pictures: Australians at the Cinema 1914-1918 have proven immensely popular at five regional venues across Australia in 2015-16, attracting new audiences to galleries and receiving excellent community receptions.

“Ambitious plans are afoot for a renewal of ACMI’s physical and virtual spaces, transforming our visitor experience, integrating new technologies, bringing our collection to the fore and expanding our reach, ensuring we meet and exceed visitor expectations of a 21st century museum,” said Mr Lewinsky. “Watch this space.”