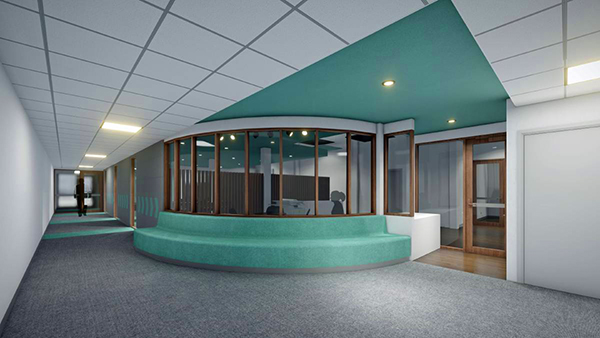 The Australian Centre for the Moving Image has released the design images of Bendigo’s new Creative Industries Hub.

The hub, which will reside at the old Morley Johnson building on Mitchell Street, will include up to 32 desks and will host events and programs.

David Hughes, who has been announced as the hub’s new program director, said the designs were still preliminary.

“The images are very early images, so things like the colour scheme don’t accurately reflect what will be in place,” he said.

“But we’re looking for a space that has a natural feel and we really want to make the most of the beautiful building we’re in.”

Mr Hughes has taken on the role of program director following his work creating the Bendigo Invention and Innovation Festival.

Mr Hughes said he wanted to help local creatives turn their passion into a business.

“If you are doing something in the creative industries, there’s often the question about how do you take it to that next stage where you create it into a business that you can sustain,” he said.

“A lot of people get into the creative industries because of passion but that’s very different to a business.

“What we’re really about is how do we help with that professional side and how do we connect people to opportunities.” 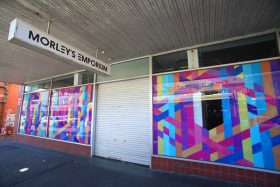 The ground floor of the Morley Johnson building will next year become the city’s Creative Industries Hub. Picture: Glenn Daniels.

Mr Hughes said there would be opportunities for creatives to access business development programs at the hub, like basic accounting courses and brand design.

“We will be informed by the creative industries that we engage with,” he said. “We will be looking to run networking events.”

ACMI has been contracted to help develop the space until October 2021. The hub will then move into local management.

“At this stage, we need to establish the model and show that it works,” Mr Hughes said. “That’s the first piece of the puzzle.

“Once we get to October 2021, hopefully we will have developed the partnerships with different organisations.”

Mr Hughes said the plan was to open the hub to creatives from March 2020.

“We’re really excited about the opportunities it’s going to bring forward for Bendigo and the region,” Mr Hughes said.

“We’d really like to hear from as many people as we can within the local creative industries in the lead up.”

The public will get a sneak peek of the new space as part of Bendigo Open House on Sunday, October 27.

“With David’s appointment, the plans for the fit out and the call out for Local Advisory Group members, it’s fantastic to see so much progress on the Hub,” Member for Bendigo East Jacinta Allan said.

“We invite the whole community in to hear more during Open House Bendigo.”