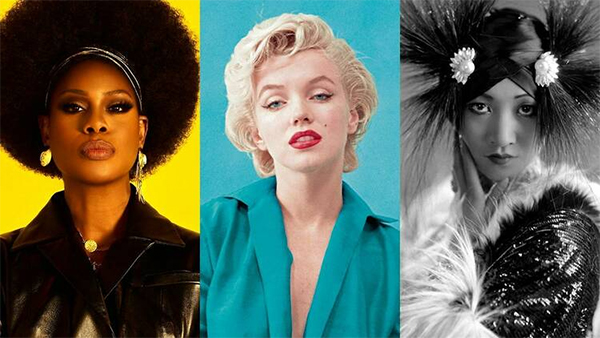 In 2023, ACMI will celebrate the game-changing women on screen with never-before-seen costumes, interactive experiences and cinematic treasures

While the #MeToo movement helped supercharge awareness of gender inequality in film, the number of women working in the sector continues to grow at a snail’s pace, and power dynamics remain lopsided.

So what better time than now for an exhibition that lauds the women in film – the rebels, agitators, instigators and trailblazers – who, despite the odds, shaped their roles, sought control and fought a system that tried to exploit them.

Opening April 5 and running until October 1, 2023, ACMI will celebrate these daring and disruptive women on and off the screen in next year’s Melbourne Winter Masterpieces blockbuster exhibition: Goddess. This landmark exhibition will unveil, examine and celebrate the shifting representation of femininity across film history through provocative cinematic moments.

Traversing 120 years of moving image history, Goddess will feature never-before-seen costumes, original sketches, interactive experiences and cinematic treasures from the icons of the silent era to classic Hollywood heroines and the stars of Bollywood blockbusters.

Goddess will go behind the scenes to examine the off-screen conversations – and even rebellions – portrayals often ignited, from the sartorial statements of Marlene Dietrich in Morrocco (1930), Tilda Swinton in Orlando (1992), Margot Robbie in Birds of Prey (2020) to today’s unfolding #MeToo movement and the developing representations of womanhood in Japan, China and India’s film history.

Expect costumes, immersive video works and evocative soundscapes by Melbourne-based composer Chiara Kickdrum with more than 150 original objects, artworks, props and sketches that invite visitors to consider how screen culture has shaped and challenged audiences’ views of gender and womanhood.

From Mae West’s sky-high heels in the Belle of the Nineties (1934), costumes worn by Geena Davis and Susan Sarandon in the classic Thelma & Louise (1991), to Michelle Yeoh’s silks from Crouching Tiger, Hidden Dragon (2000), Goddess will offer a fresh perspective on cinema’s most memorable female characters.

The full program for Goddess, including light-night exhibition access, performances, talks and films screening, will be announced in February 2023 when tickets go on sale.