You are here: Home » Articles filed under: 'News' » Article: 'ACMI' 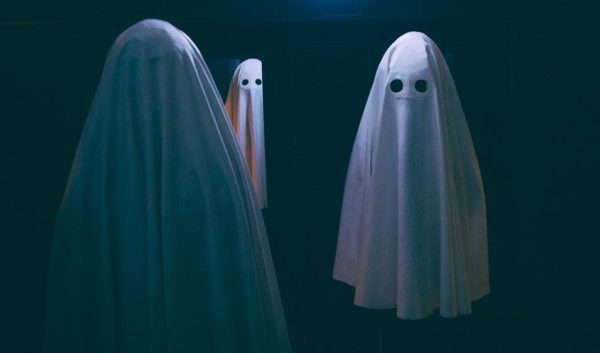 ACMI’s Virtual Reality commissions go inside ghosts, alongside dancers, and into the deep, ACMI, October 2016

ACMI explores bold new territory with three newly-commissioned, immersive Virtual Reality (VR) film experiences by some of Australia’s most exciting creative practitioners – each one of them cross-disciplinary collaborations, taking live performance – theatre, dance and puppetry – into the realm of virtual reality.

ACMI Director and CEO, Katrina Sedgwick, today remarked on the ability for virtual reality technology to bring live performance experiences to a broad audience. “As VR becomes a new tool for artistic expression we are excited about how leading practitioners who work in live performance can harness it and speak to audiences in new ways on this rapidly evolving platform,” said Katrina.

“Through our expanding commissioning strategy, along with our co-working space ACMI X, ACMI is supporting artists from across the creative industries to explore cross disciplinary collaborations and embrace new technologies to speak to audiences through the moving image.”

The second of ACMI’s VR commissions that translate live performance into immersive film experiences is Sandpit’s Ghost, Toast and the Things Unsaid, which opens on Saturday 29 October, in time for Halloween and as part of Melbourne International Games Week.

Sandpit’s Director, Dan Koerner, today said the ACMI commission has given his company the ability to tell a made-for-theatre story in a new way. “At Sandpit we love telling stories using a huge range of tools. The ACMI commission to make Ghosts, Toast and the Things Unsaid into a VR film has been a great example of this; moving from digitally augmented live performance to virtual reality with a great team of performers, composers, designers and developers. The project has allowed us to use technology to fully immerse audiences in a way that is surprising and we hope, quite moving.”

Ghosts, Toast and the Things Unsaid is a VR experience that invites audiences into the lives of two characters, Maude and Steve, and into the kitchen where they fell in love and grew old together over 50 years. In the intimate, two-person experience, audiences will choose the ghost they inhabit, then enter into the memory of their character to journey through time, discovering what went wrong in their relationship. The work is a meditation on our propensity to keep secrets, the words that go unheard, and what this means for our relationships.

was first performed at the Adelaide Fringe Festival, where it won the award for ‘Best Interactive’ at the festival. ACMI’s commission incorporates a 360 ̊ video recording of the live performance into a 16 minute VR experience.

Based across Adelaide and Melbourne, Sandpit creates immersive, personal experiences that change people. They place audiences right at the centre of interactive experiences that connect physical things to the digital world.

Sandpit was founded in 2012 as a collaboration between Creative Directors Sam Haren and Dan Koerner (also an ACMI X co-worker), who between them have diverse experience in creating live events, screen media, digital content and developing new technologies. Past works by Sandpit include: My 52 Tuesdays (Closer Productions), The Beginning of Nature (Australian Dance Theatre), Dial-A-Story (Penguin Books) and I-Animal (Melbourne Zoo). They were joined in 2015 by new company director Robin Moyer.

Following Ghosts, Toast and the Things Unsaid, the next ACMI commission will be Into the Prehistoric Aquarium by Sydney based puppetry company Erth.

The first 360 degree VR puppetry experience of its kind, Into the Prehistoric Aquarium will be an engaging experience for kids and families, taking them underwater to a bygone Australian landscape.

Due to be filmed in early 2017 and presented at ACMI mid-2017, Into the Prehistoric Aquarium is co-presented by ACMI and Screen NSW, and was developed with support from the 360 Vision initiative from Screen NSW and ABC.

Into the Prehistoric Aquarium will be filmed in a single shot, the work begins at the bottom of the ocean and ascends to shallower waters. The viewer will be met by a number of prehistoric marine creatures including bioluminescent jelly fish, angler fish, plesiosaurs and kronosaurus – all creatures that have a connection to Australia’s prehistoric past. Throughout the work the viewer remains the centre of attention and will be surrounded by creatures that swim about and investigate them.

Making its debut at ACMI in March 2016, Stuck in the Middle With You was ACMI’s first VR commission, co-commissioned by the Sydney Dance Company, and as of Thursday 3 November will become part of ACMI’s free and permanent Screen Worlds exhibition.

Stuck in the Middle With You is a virtual reality experience in which the viewer becomes part of the on stage performance of a live dance work originally choreographed by Gideon Obarzanek for the Sydney Dance Company ensemble.

Stuck in the Middle With You and Into the Prehistoric Aquarium will become part of ACMI’s free and permanent exhibition, Screen Worlds following their initial exhibition.

Sandpit: Ghosts, Toast and the Things Unsaid opens at ACMI on Saturday 29 October. Audiences can book online , and although booking is optional, it guarantees a place. Bookings will be limited to two tickets, and viewers must arrive 10 minutes before the booked time or their spot may be given away.

Ghosts, Toast and the Things Unsaid was made with support from Google’s Creative Lab.