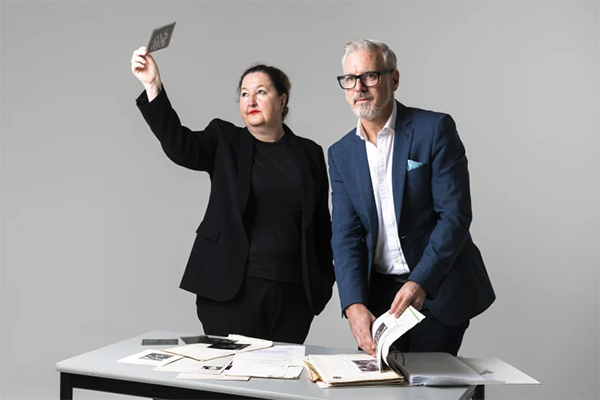 Two years ago, the Australian Centre for Photography was forced by the pandemic to close its doors. Now it is to be reborn as Powerhouse Photography after giving its priceless collection of images, plus funds totalling $1.6 million, to the Museum of Applied Arts and Sciences.

The ACP, established in 1974, helped launch the careers of luminaries including Bill Henson and Tracey Moffatt and holds work in its huge collection from Henri Mallard, Olive Cotton and Max Dupain.

In November 2020 the centre’s board took the “painful decision” to “hibernate” the organisation, which was bleeding cash due to COVID. Four full-time, two part-time and 15 casual tutors were laid off.

“We knew we were buying ourselves time to survive COVID,” said ACP chairman Michael Blomfield. “But we also thought that there was a bigger opportunity to go out and engage with the community and take the time to take their advice on how they thought the ACP could grow, be valuable and live up to its mission, and more, in the long term.”

The centre conducted more than 50 “community consultations”. Ultimately, five institutions were invited to submit proposals and MAAS won out with a proposal Blomfield called “extremely exciting”.

“We went from a moment of deep, existential threat and we’ve come out the other end having secured the future of a really important Australian institution, putting it in the hands of a well funded, talented, enthusiastic group of people,” he said.

As part of the agreement an advisory group will be set up, chaired by University of Technology Sydney Associate Professor Cherine Fahd and Powerhouse senior curator Sarah Rees. The group will oversee matters such as acquisitions and research.

“We’ve put a lot of work into how it might work and how we can make a contribution to the industry as well as amplifying and protecting the incredible archive,” museum chief executive Lisa Havilah said. “It is a really important archive and we’re so honoured that it’s coming to the Powerhouse collection.”

Blomfield said one reason MAAS was chosen over other potential suitors was its ability to combine both the art and technicality of photography. 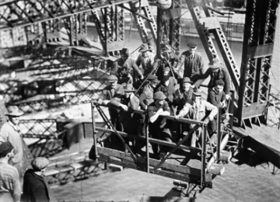 “MAAS is interested most certainly in the artistic output of photography but as the Museum of Applied Arts and Sciences it’s also got a really direct and meaningful interest in photography as a physical form,” he said. “Absolutely within their purview is to think about people sitting in literal dark rooms with chemicals, making art, and to think about shutters and the mechanical aspects of cameras.”

The museum’s commitment to digitise the archive, making it widely available to the public, was also key to getting the deal over the line.

“There are pieces in there that are just absolutely extraordinary,” Blomfield said. “Think about, for example, the Henri Mallard series of the building of the Harbour Bridge – not only is that in and of itself hugely historic, but the set of prints that we have were actually printed by David Moore. You’ve got this combination of amazingness that is irreplaceable, and non-repeatable.”