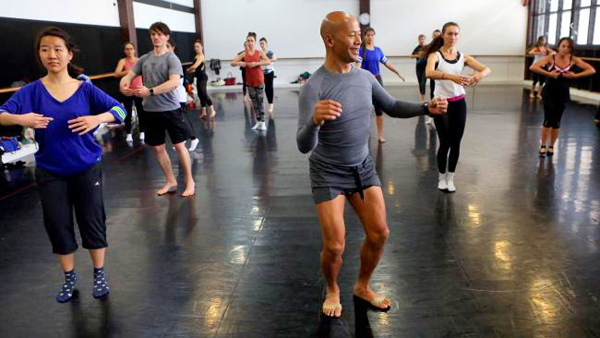 Nobody in Australia today can be ignorant of changes happening in the makeup of our nation. We are an increasingly diverse society, where half of the population was born overseas or has a parent from overseas. Today’s migrants are likelier to be from China or India than Britain. Generation Y, or people in their late 20s and early 30s, are the biggest age group. More people identify as Abor­iginal or Torres Strait Islander.

The demographic profile that emerged from last week’s census data coincided with the release of Connecting Australians, the Australia Council’s National Arts Participation Survey. Together, cen­sus and survey give a snapshot of modern Australia and — for artists, producers, governments and anyone interested in the arts — fascinating insights into the possible future shape of the arts sector.

Yes, we are an arts-loving nation, where just about everyone — an estimated 98 per cent of the population — consumes culture in some way. The headline figure, though, may be less interesting than the granular details about attitudes, habits and interests. We shouldn’t be surprised that cultural engagement is so widespread: making and sharing meaning, often in creative ways, is one of our behavioural traits as human beings. (Although not everyone recognises their cultural activities as being of “the arts”.)

What stands out from the 95-page report are findings such as these: the young are more enthus­iastic about the arts and its benefits than over-45s. Live music’s crown as the most popular of performing arts is slipping, while increasing numbers are going to theatre and dance. And while the survey affirms the importance of art to people’s lives, there’s also a rising tide of ambivalence. One in five believes the arts are not really for people “like me”.

Connecting Australians goes to the heart of bigger changes in society. The arts increasingly form part of people’s cultural identity and world view. Those who recognise the arts as reflecting Australia’s cultural diversity has increased to 75 per cent, and 64 per cent believe the arts helps them understand people and cultures other than their own.

Debates about arts policy often concern instrumental or add-on benefits, from economic multipliers to health and education outcomes. The results about cultural understanding — included in the survey for the first time — point to an increasingly important role for the arts in promoting social cohesion. Through books, films, music and performing arts, we can gain a greater appreciation of different cultural and ethnic groups. Likewise, the vitality and creativity we see in the work of Australian artists demonstrates our cultural values, such as freedom of expression, tolerance and a fair go.

Australia Council chief executive Tony Grybowski, who has been briefing federal and state arts ministries on the report, says the funding agency increasingly will highlight the benefits to civic society that flow from investment in the arts. “It gives us a broader conversation with other areas of government, to highlight this impact of the arts,” he says. “It’s the perfect advocacy tool to encourage people to invest in this area … I think every government, of every party, has their eye on liveable cities, diverse communities and how we can achieve social cohesion. The figures and the research here are so strong.”

The report follows earlier studies of the Australian arts audience. In 1999 Saatchi & Saatchi conducted a survey of public attitudes about the arts, and in 2010 the Australia Council produced its report More than Bums on Seats, based on a 2009 survey. The last big survey was in 2013, released in the 2014 report Arts in Daily Life.

The latest draws on surveys conducted last November and December, with a nationally representative sample of 7537 people aged 15 and older. (The number of participants was more than double that of 2013.) Focus groups were convened to add detail around the survey results.

The figure of 98 per cent engagement with the arts does not relate to one question but represents an overall level of arts activ­ity, whether from people at­tend­ing performances (72 per cent), reading books (79 per cent), going online (81 per cent) or listening to recorded music (97 per cent). Film and television were excluded because these are studied by agencies such as Screen Australia.

Results from different surveys are not always comparable but it’s interesting to consider attitudinal shifts across the years. In 2013, 85 per cent of respondents said the arts made for a richer and more meaningful life, an increase of five percentage points since 2009 and 14 points since 1999. The most recent survey indicates a downward slide, back to 74 per cent.

Other results give mixed messages. People are happier, more creative and expressive than they were in 2013. At the same time, there’s rising indifference about some of the things the arts sector holds dear. One in four people doesn’t care whether the arts receives public funding and old perceptions about elitism and expense seem as rusted on as ever.

What’s happening? It may be useful to think of such measures as snapshots of the public mood and reflective of wider social trends. People are worried about jobs, income and housing affordability. Globally, the political consensus that gave us stable governments is shifting. (Coincidentally, the Australia Council survey was held in the weeks after Donald Trump’s election in the US.) Grybowski says: “I think people have become indifferent not be­cause they don’t appreciate the arts or recognise it, but it becomes per­haps less of a priority against those other things that are affecting people in the broad community.”

The report presents opportunities and challenges. Almost half the population (46 per cent) participate in arts activities for fun, creative stimulation, social interaction and fitness. Witness the popularity of Sydney Dance Company’s open dance classes, which attract 70,000 attendances a year. Dancing and creative writing are increasingly popular activities, but music again appears to be in decline. Music-makers account for 15 per cent of the population, down from 20 per cent.

Performances and exhibitions by indigenous artists are becoming more popular, with attendance rising across the past decade from 17 per cent to 35 per cent — a figure that adds weight to the Australia Council’s investment in this area. Younger people and other minority groups showed greater interest in indigenous arts, suggesting potential for future growth.

People love turning up for cultural events, with the attendance level steady at 72 per cent. But preferences appear to be changing: more people are going to theatre and dance, fewer to contemporary music. The decline seems consistent with other research, and may be due to things such as fewer stadium tours, the loss of some music festivals, and regulation of live music venues.

The growth we’ve seen across the country in arts festivals and writers weeks is captured in the survey: 21 per cent attended literary events, while nearly half the population (45 per cent) has been to one of the nation’s many festivals. Not everyone is convinced, though: about 15 per cent of people have never been to an arts event.

The Australia Council has provided valuable data about the state of the arts, and expects to build on the research with future surveys. In coming months the agency will release further breakdowns of the present study, including state by state analysis. It all adds richer detail to the picture of Australian society that is increasingly diverse and connected to its cultural life.