You are here: Home » Articles filed under: 'News' » Article: 'Acts of Resistance'

February 14th, 2016 | Browse other: News. | Tagged with: Acts of Resistance, Mosul Museum, Palmyra, The Missing: Rebuilding the Past | 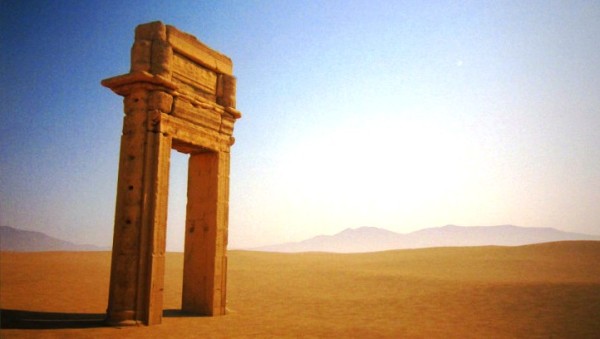 Claire Voon, In Acts of Resistance, Artists and Scholars Digitally Reconstruct the Past, Hyperallergic, 27 January 2016

In the past year alone, members of ISIS have marred cultural treasures in Iraq and Syria, taking sledgehammers and drills to statues at the Mosul Museum and delivering numerous blows to the ancient site of Palmyra, including its 1,800-year-old Arch of Triumph. With no end to such relentless destruction in sight — unfortunately, the savagery seems to only grow — the documentation and preservation of such artifacts of cultural heritage have become duties we must approach with a sense of urgency.

A number of projects that engage with existing and developing technologies have emerged in recent years to trace the histories of and even reconstruct destroyed objects. While many of these respond to cultural loss from human conflict, still others are concerned with ever-present sources and causes of erasure, from looting and illicit resales to weather and the passing of time. The Missing: Rebuilding the Past, a group exhibition at John Jay College of Criminal Justice, examines how artists use creative means to protest preventable loss. While many of the works on view engage specifically with ongoing destruction in conflict zones such as those in Iraq and Syria, the exhibit also explores projects focused on other regions that make us consider broader issues of cultural disappearance.

Perhaps the most well-known of reconstruction projects is one that responds directly to last February’s wrecking of the Mosul Museum: Material Speculation: ISIS, Iranian artist Morehshin Allahyari‘s ongoing series of 3D-printed objects. For almost a year, Allahyari has been researching a number of the museum’s destroyed artifacts — a painstaking effort, as relevant documents she found were often ill-translated, and the museum lacked sufficient funds to completely photograph its collection. On view as part of The Missing is an approximately one-foot-tall representation of a life-size sculpture of King Uthal, known as “the finest of all the sculptures unearthed in Hatra.” Inside the figurine resides a USB drive and memory card, onto which Allahyari loaded images, maps, videos, and PDF files representing all the research she found on the original object. The comprehensive and sturdy packaging stands in stark contrast to sculptures of a carving fragmented by ISIS bullet holes, cast in Iraq by Piers Secunda. While Secunda provides glaring evidence of the violence of war, Allahyari’s work looks towards the future; she is now seeking an institution that is able to preserve the data in a digital archive to provide open access to all this information so others may construct their own 3D models. To her, even that act would be one of resistance.

“The copy is actually making it more and more powerful every time you have a new 3D print of it,” Allahyari noted, speaking recently at a symposium on the future of digital archaeology held in conjunction with the exhibition. “Every time you save that file on your computer and keep it in a digital archive, you have somehow fought against the removal of that history.”