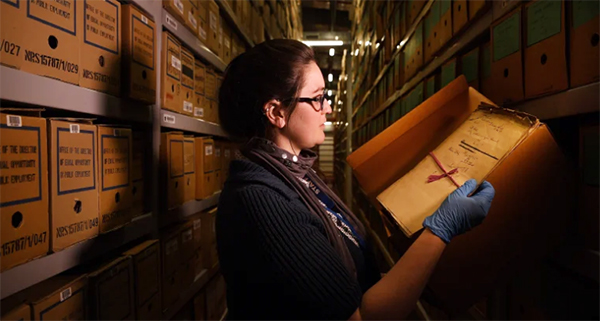 Archivist Sarah Gregory at the NSW State Archives. The government needed to carry out due diligence before proceeding with the single entity. Credit: Kate Geraghty.

The Berejiklian government will seek to merge two government bodies responsible for the care of historic houses and the state’s 14 million records after a parliamentary inquiry gave the proposal its conditional green light.

The multi-party Standing Committee on Social Issues has strongly supported the proposal to create a single new cultural institution in place of the State Archives and Records Authority of NSW (SARA) and Sydney Living Museums (SLM), on the proviso that it is properly funded and the government carry out “due diligence”.

Arts Minister Don Harwin says he will proceed with the merger plan pending further consultations with stakeholders. But the new entity still has to win the support of Upper House MPs who only days ago voted to suspend the minister from Parliament.

The inquiry also recommended that government records be released to the public after 20 years instead of the current 30 years.

The committee received 68 submissions in response to a policy review initiated by Mr Harwin, with opinion divided on the merger’s merits.

Opponents, including several former directors and managers, claimed it was a misfit of resources and threatened the future of government record-keeping, management, preservation and security integral to accountable government and the rights of citizens to access records.

Supporting the single entity was Adam Lindsay, executive director of SARA and SLM, and the respective chairs of the two boards. They argued the proposition was consistent with the mission of both organisations to provide greater public access to the state’s history.

SLM is custodian of 12 historic houses, gardens and museums across the state including Hyde Park Barracks, Elizabeth Bay House and Elizabeth Farm.

SARA is the oldest archive collection in Australia, dating to European settlement.

The inquiry concluded that the new cultural institution would broaden access and engagement to wider audiences in ways not explored before and that museums would be able to tell more diverse stories about the state’s past with access to records.

This would enhance the public profile of the state’s history and provide opportunities for philanthropy and fundraising. 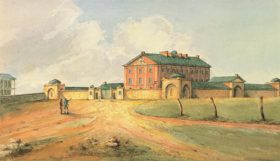 Any threat to privatise records would be mitigated, it said, by the minister’s assurances that the records authority would become an executive agency, no longer accountable to the Department of Cabinet but independently funded and with Mr Lindsay reporting directly to the minister.

But the government needed to carry out due diligence before proceeding and produce a detailed analysis of the proposal.

The new cultural body also needed “sufficient baseline funding” to fulfil its mandate and care for its collections and archives while empowered to “achieve commercial income as part of its core activities”. Legislation should spell out roles and functions of the new cultural institution, the committee said.