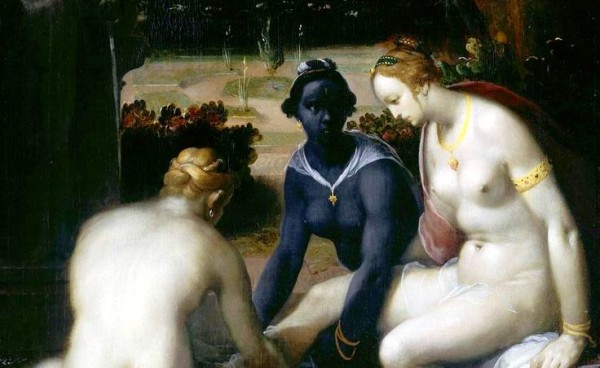 Carey Dunne, Why the Rijksmuseum Is Removing Bigoted Terms from Its Artworks’ Titles, Hyperallergic, 22 December 2015

It’s just one example of the offensive and dated language that peppers the museum’s descriptions of its artworks. Soon, though, racially charged language — including words like “negro” and “Mohamadden,” a Victorian word for Muslims since it was assumed they followed Mohammad like Christians followed Jesus — will be removed from some 220,000 titles and descriptions in the Rijksmuseum’s online catalogue of images, to be replaced by more neutral terms. The project, called “Adjustment of Colonial Terminology,” is spearheaded by 12 curators in the Rijksmuseum’s history department. It’s been in planning stages for several years, but has only gotten off the ground in the past month.

“The Rijksmuseum thinks it’s very important to give descriptions of our collections in a neutral way, using correct, up-to-date language and from a neutral perspective,” curator Eveline Sint Nicolaas tells Hyperallergic. “We no longer want to make use of terms that reflect a Eurocentric way of looking at people or historic moments, or that are considered discriminatory because the used terms refer to race in a negative way, or contain terms that go back to colonial times. If it’s unnecessary, they will no longer refer to skin color.”