You are here: Home » Articles filed under: 'News' » Article: 'AEC funded to establish exhibition at MoAD' 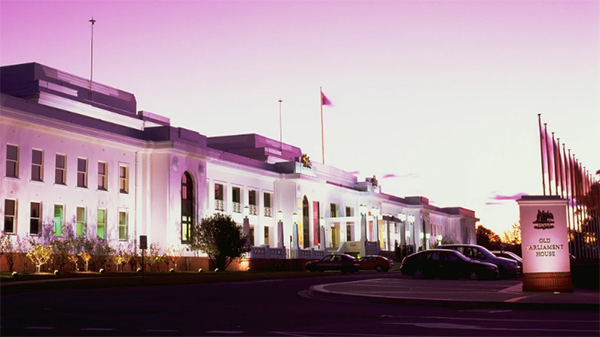 The government will provide $6 million for a new exhibition at the Museum of Australian Democracy at Old Parliament House.

A new permanent exhibition to help educate tens of thousands of visitors to Canberra about the nation’s democratic history and voting system will receive a $6 million boost in Tuesday’s federal budget.

The funding for an interactive public exhibition, to be based at the Museum of Australian Democracy at Canberra’s Old Parliament House, includes an upgrade to the National Electoral Education Centre which hosts more than 90,000 Australia school students each year.

The project was a recommendation from a parliamentary inquiry into national institutions last year which urged the centre be better resourced and offer a walk-up experience for impromptu visitors.

The Australian Electoral Commission will manage the design, curation and installation of the new public exhibition and the upgrade of the education centre.

The centre does not accept any private sector or philanthropic support given the nature of is work requiring strict independence and political impartiality.

Electoral Commissioner Tom Rogers has warned that the centre’s interactive programs were at risk of becoming “outdated” as primary school children, in particular, were exposed to more high-tech displays.

Finance Minister Mathias Cormann said the exhibition would help boost understanding of how Australia’s system of democracy works and be suitable for all ages on a self-tour basis.

“The AEC’s highly acclaimed education centre has successfully taught many thousands of students about Australia’s democracy and electoral system since 2001, but there has never been a space for public visitors to Old Parliament House to have the same educational experience,” Senator Cormann said.

“This funding will also deliver upgrades at the AEC’s education centre which will greatly improve the quality of group learning experiences, including by replacing of out of date touch screen technology allowing those facilities to be used by a wider range of groups than just students.”

The centre, through thousands of school camps to Canberra and an online service, provides free educational resources and programs for teachers and students about civics, citizenship democracy, the constitution and referendums.

Assistant Minister to the Prime Minister Ben Morton said it was fitting the commission’s new interactive exhibition would be housed at Old Parliament House given its responsibility to educating, inspiring and engaging visitors.

He said the project would give visitors a better understanding about how the democratic system worked.

“Australia’s voting system has led the world and is a story that should be told further,” Mr Morton said.

“By improving citizens’ knowledge base about our electoral system they feel more empowered to play a role in it.”
Positions Vacant » View All
» Director – Museum of Australian Democracy
» Head of Aboriginal Heritage – MAGNT
Latest News » View All
PNGNMAG, AM & Flinders Univ collaborate
to describe extinct PNG kangaroo Read more.
Frogs that lay eggs on land – new WA genus
named for teacher whose lab was a campervan Read more.
ICOM to discuss museum governance in Prague
& need for explicit cultural governance code? Read more.
The Hermitage Dir’s views on Ukraine war &
the museum’s role in exporting culture Read more.
Future proposed for Old QM Building (OMB)
via Qld Govt & QYO $20M donor pledge Read more.
Top +
Council of Australasian Museum Directors c/o Mr Brian Oldman, South Australian Museum PO Box 234 Adelaide, South Australia 5001 Australia, © CAMD 2022
Copyright: All information and resources provided on this website remain the copyright of the Council of Australasian Museum Directors. Permission is granted for viewing and downloading for personal and not for profit purposes. Those wishing to reproduce any materials for commercial, educational or other uses are requested to contact us.
Disclaimer: The content of this website is provided for information purposes only and is not intended as a substitute for professional advice. No claim is made as to the accuracy or authenticity of the content of the website. The Council of Australasian Museum Directors does not accept any liability to any person for the information or advice (or the use of such information or advice) which is provided on this website. The information on our website is provided on the basis that all persons accessing the site undertake responsibility for assessing the relevance and accuracy of its content. No responsibility is taken for any information or services which may appear on any linked web sites. Hostgator.
.