After Covid-19 – a new model for the arts 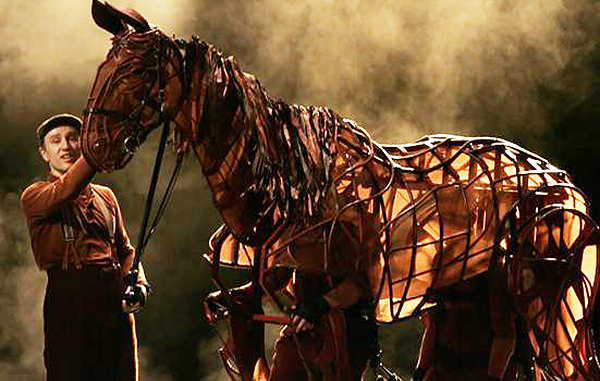 Stephen Hetherington, After the crisis – a new model for the arts?, Arts Professional, 15 April 2020

Subsidy doesn’t shield or separate arts activities from the economic system; it enables them to be part of it, says Stephen Hetherington. Wringing more value out of creative assets could deliver new sources of finance.

Talk of a new “model for the arts” implies government money, and it really is all about the money.

Artists, theatre companies, galleries, libraries, film makers, publishers and all the rest can do pretty much as they like if it’s legal and they can afford it. Oh – and if they comply with the conditions of their funding.

Those conditions will be drawn from politically constructed public policy. So the question, then, is what might change in policy and in financial support from the state once the social and economic impacts of the pandemic have subsided?

There are certainly indications of a resurgent public spirit, and looking at current social care and health systems, it does appear that the political right might be more open to selective enlargement of the state. But if that implies anything, it’s not an increase in support for the arts. Perhaps the opposite. The government’s massive financial commitments to support the economy will constrain the budgets of every department for some time to come.

That also suggests that any changes in state funding, for better or worse, might not be permanent. There are libraries full of academic theories about change and its causes, most agreeing that some event or external force can provide the energy and motivation to question past practices, then adjust, abandon or re-invent them.

Covid-19 certainly meets that condition, but to sustain any change over time, key aspects of those causal circumstances would also have to continue in some form. In their absence, things may simply slip back into old ways, like a New Year’s resolution in February. It might be more useful to look for trajectories of policy that were already discernible before the current crisis and ask whether these might now be strengthened or weakened. The relationship between the public and private sectors is one such.

State policies for the arts are less than half the picture. Although subsidies have steadily increased since the formation of the Arts Council of Great Britain in 1945, they still make up only a small proportion of the finance employed across our national artistic activities. Most of it has always come from the private sector – and that, not being as singular as the name suggests – has no “model” for the arts or anything else. Rather it is an almost limitless collection of individual views and ideas operating under a range of motivations that would challenge even the most assiduous taxonomist.

Subsidy (which, in the rhetoric of public policy, is often now called “investment”) does not shield or sequester arts activities from the economic system; rather it enables them to participate fully in it. For example, the months of work by Nick Stafford and the Royal National Theatre adapting Michael Morpurgo’s children’s novel, War Horse, into a stage play is an exemplary use of subsidy. What was originally seen as speculative and high risk turned out to be a massive international hit – though it could be been otherwise.

Our arts organisations, non-profit-distributing as most are, generally operate private sector methods to generate as much of their own income as possible before any need for subsidy is even assessed. Indeed, nearly all are legally private sector bodies. By this argument, that subsidy intentionally enables private sector operating models, it could be defined as: “financial support granted by the state or a public body that represents the minimum cost of selectively providing certain public goods through transactions in the free market”.

It’s worth putting a little more flesh on that bone. Arts funding is an admix of public and private sources, the latter including, significantly, purchases by individuals. In marked contrast to our European neighbours, state subsidies for the arts in Britain are historically recent and even now contribute only a small portion of their turnover.  Back in 1994, the Department of National Heritage made that very point, calculating that arts funding was only around 2% of the sector’s turnover. More recent data suggests that, in 2011, the public sector’s ﬁnancial contribution to “creative industries” (as deﬁned within the UK’s Standard Industrial Classiﬁcations) was a fraction of the total finance employed. My own research, published in a report on the finance employed in British theatre suggests that only 14% comes from the state – and that includes contributions from all the arts councils, government departments, local authorities and tax relief. Arts activities that have little opportunity for trade (libraries, for example) lie on the outer fringes of this argument, but subsidised music and theatre, by contrast, are integral parts of a large commercial economy.

This is not to diminish the importance of subsidy. The public and private spheres are now tightly entwined and highly interdependent, even while remaining largely separate organisationally. Subsidy enables, supports and strengthens business models that are now centuries-old, while making possible the creation and performance of artistic works that might not otherwise see the light of day (for better or worse). It is in this area, where policy change, or rather progression, could be particularly productive.

The deep roots of commercial motivation

I think it unfortunate that the rise in state support has produced its own ideological and political adherents, creating for some a mythological differentiation between art and entertainment, and between the supposed coarseness of commercial motivation and a sacralised, Kantian notion of L’art pour l’art – “without purpose, for all purpose perverts art”. The evidence is quite different: artistic creations move freely between the subsidised and the commercial (but not necessarily profitable) sectors, while neither has a monopoly on quality.

Substantive examples go back as least as far as Shakespearean theatre, and can be found in the origins of the British Museum and Library, the Great Exhibition, the V&A, and the existence of so many Victorian theatres across the UK. Handel became rich in London’s commercial theatres, as did Haydn nearly a century later. The BBC was instituted and named by a consortium of private owners of wireless technology, and even the Committee for Encouragement of Music and the Arts – the progenitor of the Arts Council of Great Britain – was the initiative of an American railway magnate. And today, theatrical co-productions between subsidised companies and independent producers are becoming ever more numerous.

The liberal commercialism of our artistic history, sometimes praised and sometimes disparaged, is in large part responsible for its character. Voltaire noted a “harmony” between the “commons and the Lords”, when writing of Shakespeare’s “strong and fertile genius full of naturalness and sublimity, without the slightest spark of good taste or the least knowledge of the rules”. And it is also often envied. Our many self-governing orchestras are a part of this history, and it shows now in the statistic that 50% of orchestral musicians are self-employed, forming an exceptional army of skilled freelancers.

Wring out the value of assets

This interdependence is still important. But for it to have any meaning in practice, it has to be better understood and exploited. Some years ago (2014, I think) the National Theatre held an event on “showbusiness”. I recall it was oversubscribed and attended by both aspiring and established producers, along with numerous small subsidised companies. The desire to understand the workings of commercial productions was clear evidence of both need and a recognition of interest.

Possibilities for collaboration vary greatly between every area of artistic activity, and some are undoubtedly limited. But few companies fully use the value of the works they create or commission to their advantage. The problem may not be one of principle, but one of knowledge. The National Theatre, the BBC and other large organisations have the resources to employ experts but, for most, the skills required of their executive are related closely to their artistic work and not to business or finance.

Once the Coronavirus has finally had its day, perhaps this is could be a fruitful direction for at least sections of the arts world to pursue. Sponsorship is always a possibility, but really only effective for the nationally well-established companies and artists. It does little to underwrite adventurous creativity or to open new trading opportunities. But new investment vehicles, whether they be initiatives of individuals or new institutions, might use subsidy to make it feasible to take a long view of asset values and instigate effective methods for their exploitation (in the economic sense of the word). One of the most notable skills of the commercialised theatre world is its ability to wring out value from its assets over years. That kind of approach would reinforce the strengths and styles of our artistic inheritance, leverage subsidy, and create new sources of finance.

Dr Stephen Hetherington, founder of The OHMI Trust, was co-founder and Chairman of HQ Theatres.