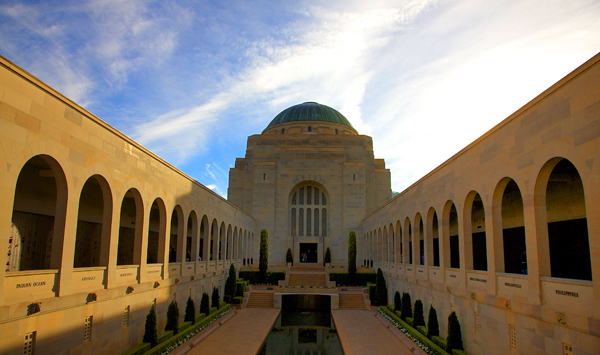 In the absence of a written policy, how do these political decisions reveal the unwritten values that frame our cultural life? asks arts industry advocate Esther Anatolitis.

Surprisingly, identifying those values is much easier than you’d think.

Between last year’s budget and this year’s, our government have shown us that it understands cultural value primarily in military and colonial terms. This hasn’t just been manifest in the virtue signalling that peppers its rhetoric. It’s manifest in dollar terms.

Committing half a billion dollars to an unnecessary expansion of the Australian War Memorial is the biggest investment in a cultural institution in Australia’s history. Following justifiable outcry from veterans, Budget 2019-2020 has committed half that amount – $278m – towards improve the wellbeing of veterans and their families.

In dollar terms, this tells us that sensationalising the War Memorial with “live crosses to current defence personal as they go about their daily work” is twice as important as redressing poor physical and mental heath and the growing number of suicides among veterans.

It says a great deal about the political stance taken by the conservative media that a renewed three-year commitment to a specific ABC budget line item was reported as a “funding reprieve” by The Australian when the commitment was revealed yesterday afternoon. The Sydney Morning Herald called it “funding relief” and the Brisbane Times called it a “win”.

There is, in fact, no end to the funding freeze and no return of past cuts; this is just a three-year commitment to the ABC’s enhanced news service. Early reporting of budget details is, of course, signs of a leak. What this tells us about the Government’s values is that it understands the electoral value of ABC support enough not to make further cuts, but not enough to actively champion Australia’s most trusted public institution.

Excellent public education, public health and public broadcasting: “these are the things that give our nation dignity”, said Wesley Enoch in responding to Budget 2019-2020 on ABC’s The Drum last night. “And the more you take away from that, the less dignity we have.”

Some arts announcements were hidden in other areas of the budget papers, which is itself an indication of how those areas of investment are understood and valued. The $1.5m investment in Dark Mofo, for example, is a tourism measure, as is the $50m commitment to unspecified “iconic tourism infrastructure”. Elsewhere, we find the already committed $85m for an Aboriginal Art and Cultures Gallery listed under Infrastructure, Regional Development and Cities as part of the Adelaide City Deal.

At last week’s AAH Cultural Data Summit at the National Library of Australia, the funding of cultural institutions as tourist attractions was a hot topic: it’s a value judgement that stifles research and innovation, reducing cultural value to foot traffic and bums on seats. This colonises diverse artistic and intellectual value into homogenous measures of aggregated value.

‘The half billion dollars for the War Memorial expansion dwarfs the Budget’s every other cultural measure.’

Finding these commitments littered across the budget is a solid argument for why cultural policy is needed. A strategic approach that required relevant portfolio areas to debate and develop their cultural impacts would edify government and enrich our lives.

We can also draw conclusions about public values from what hasn’t been funded. Despite consistent industry advocacy for an additional $25m per year for the Australia Council and $2m per year for the Regional Arts Fund, neither commitments appear in the papers. Both investments could easily have been supported without making even the slightest dent on the $7.1bn surplus.

The half billion dollars for the War Memorial dwarfs the Budget’s every other cultural measure. In choosing not to value artists, the Australian Government tells us a great deal about its own values. But can that be right? Surely our government understands culture as what we create? Or is culture what we conquer?