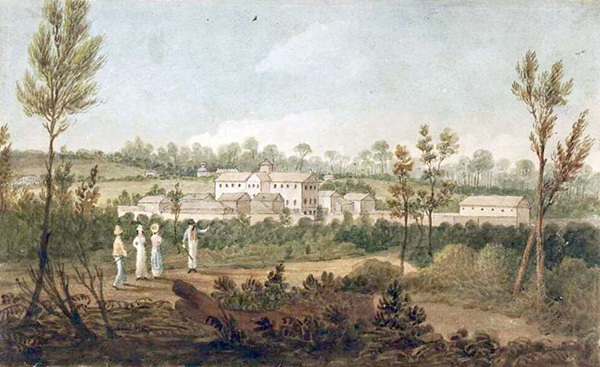 The Hon Tanya Plibersek MP, Minister for the Environment and Water
The Hon Dr Andrew Charlton MP, Member for Parramatta

Nearly $1 million will go towards the development of the World Heritage nomination for the Factory, which is an important site in Australia’s convict history.

This news comes five years since the Factory was included in the National Heritage List in recognition of its importance to our nation’s history.

The Parramatta Female Factory is an example of Australia’s social welfare history. The site tells the tragic story of the institutionalisation of women and children over the 19th and 20th centuries.

Although called a factory, it functioned essentially as a prison for convict women and their children.

Thousands of convict women passed through the Factory as the first institution established specifically for female prisoners in Australia. It was commissioned by Governor Lachlan Macquarie and designed by convict architect Francis Greenway. It was the first purpose-built female factory in the early Colony.

The Factory manufactured cloth – linen, wool and linsey woolsey. It was also the site of the colony’s first manufactured export producing 60,000 yards (55,000 m) of woven cloth in 1822.

It is a rare surviving example of what life was like in colonial Australia, with many of its original walls and buildings still in place.

It’s one of only of three factories of its type in Australia that hasn’t been completely demolished.

A World Heritage listing process takes time but if successful, would recognise and protect the site’s outstanding universal value.

Today’s announcement will allow important first steps to take place – the required expert assessment to support the case for its inclusion on Australia’s World Heritage list.

Quotes attributable to Minister for the Environment and Water Tanya Plibersek:

“The Parramatta Female Factory has a long and often unhappy place in our colonial history.

“The Factory is an important site in the historic Parramatta heritage precinct.

“It showcases the long and evolving story of the institutionalisation of women and children, from the early eighteenth century through to the modern age which is an important story that is often untold both in Australia and internationally.

“The Parramatta Female Factory was a place of assignment, a hospital, a marriage bureau, a factory, an asylum and a prison for those who committed a crime in the Colony.

“As part of the Parramatta Heritage precinct, it is a rare and important surviving example of our built heritage. And of course, it’s a site of great importance to the local community.

“The funding I’ve announced as part of the Budget will start the ball rolling to make the important case for the Factory’s inclusion in the World Heritage List.”

“The Parramatta Female Factory is an important part of our community, and a crowning jewel in Parramatta’s heritage assets.

“It tells the story of the incarceration of women and children in Australia and for those with a connection to the many institutions that operated here, it is a site which still has many memories.

“The Factory also has a place in the history of workers’ rights in Australia – in 1827 it was potentially the site of Australia’s first industrial action, when women rioted in response to a cut in rations.

“I’m committed to working with the New South Wales Government and the local community to push for its inclusion in the World Heritage List.”