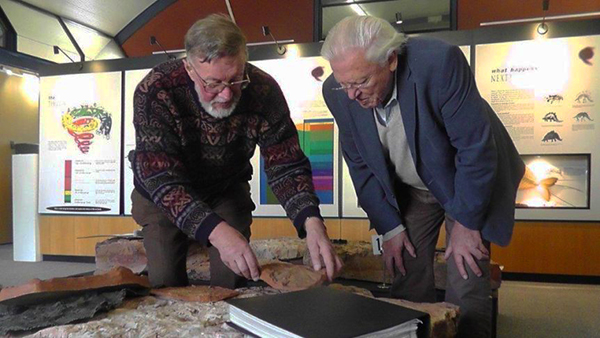 The scientist who unearthed a rare and significant site of prehistoric fish fossils, once described by Sir David Attenborough as “world-class” specimens, is concerned by the sale of rural property where he suspects thousands more specimens lay buried.

Over a quarter of a century ago, palaeontologist Alex Ritchie convinced a rural council to lend him earthmoving equipment to search for fossils on a farm property.

He uncovered thousands of intact fossil imprints of fish species dating to the Devonian period, 360 million years ago.

“It’s one of the most incredible sites in the world,” Dr Ritchie said of the location at Canowindra in central western New South Wales.

“When you’ve got thousands of fishes ranging from 20 centimetres long up to three metres long … it’s mind-blowing.”

But he is worried the sale listing of a 101-hectare property, which includes the area where the fossils were discovered, could jeopardise any specimens which remain underground.

“Imagine if it were dinosaurs, what would happen?” the former Australian Museum palaeontologist said.

“Fish are just as important because some of them were close to our ancestors.” 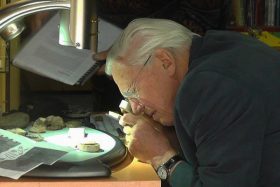 Natural historian Sir David Attenborough described the unearthed specimens as “world-class” during a visit to the town’s Age of Fishes Museum in 2013.

“It’s not a question of just chipping out a little bit of specimen and putting it in a glass plate,” Sir David told Fairfax Media.

“These are several tonnes in weight, so it is a major job in presenting this extraordinary treasure trove.”

The land where the fossils were found is not protected by state or national heritage listings.

It is believed the fossils extend for hundreds of metres up the slope of the fields and under the road where they were first discovered. 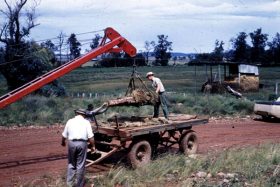 The freshwater fish fossils at Canowindra were first discovered in the mid-1950s.(Supplied: Age Of Fishes Museum).

The deposit was first discovered in 1955 when roadworkers ripped up a large sandstone slab that revealed hundreds of fish fossils.

A keen-eyed local beekeeper, William Simpson, alerted the Australian Museum of the slab’s existence and palaeontologists transported it to Sydney.

“Something happened to dry up a pool and kill literally thousands of fish and then cover them with sand which became rock,” Dr Ritchie said.

The scale of the find was so grand, many specimens were left in the ground and buried over until further funding and resources allow their permanent excavation.

In 2018 the Australian Museum took over ownership of the fossil slabs, but an agreement allows them to remain displayed and stored at Canowindra. 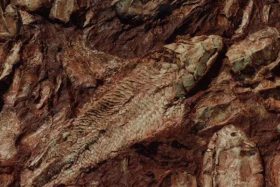 Dr Ritchie said an “intelligent government” would acquire and develop the fossil site into an international scientific attraction.

The 85-year-old retiree said a protective structure should be built over the deposit, allowing visitors to watch the excavation of specimens.

Age of Fishes Museum board member, Andrew Wooldridge, said the fossils were an important connection with our natural history and would like to see future finds preserved.

“We’d like to see that site protected into the future so that the most possible options are available to the public of Australia,” Mr Wooldridge said.

“Any attempts to excavate them must be done properly.” 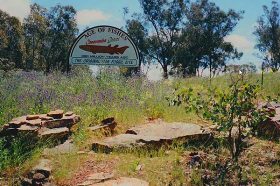 The fish fossil deposit site is not protected by state or national heritage listings.(Supplied: Age Of Fishes Museum).

The Cabonne Council said it would “observe the proceedings of the commercial sale of [a] private property,” near Canowindra.

The council said it was “aware of concerns that have been raised and will continue, in its advocacy role, to work with the Ages of Fishes Museum and the Australian Museum into the future.”

The ABC has requested a comment from the Australian Museum.