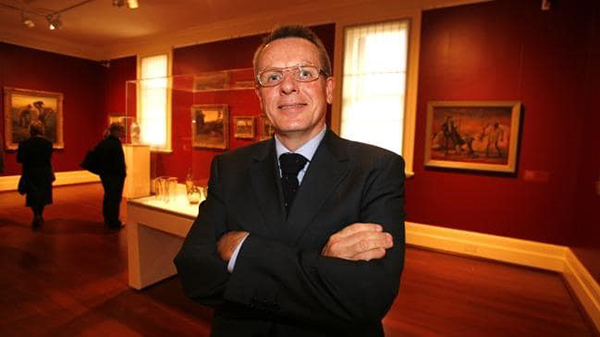 Former director of Art Gallery of Western Australia Gary Dufour: “It would offer the art gallery a greatly diminished future just at a time when the arts are the driving force of urban renewal worldwide,”.

Supporters of the Art Gallery of Western Australia are being urged to defend the state gallery’s independence and oppose any merger with the state’s museum.

An open letter by the gallery’s former deputy director and chief curator, Gary Dufour, says he has sought an assurance from the AGWA’s chairwoman Janet Holmes a Court that the board “has not entered discussions with government regarding a merger of the Art Gallery with the WA Museum”.

Dufour says the board “needs to be open, vocal and transparent in any discussions or decisions regarding any proposed changes to the gallery’s independent statutory authority status as set out in the Art Gallery Act 1959”.

“It would offer the art gallery a greatly diminished future just at a time when the arts are the driving force of urban renewal worldwide,” he says.

Two reform options are contained in a confidential report commissioned by the McGowan government from PricewaterhouseCoopers. The only options listed are to “amalgamate the art gallery and museum or, alternatively, amalgamate AGWA, WA Museum and the library”.Uncertainty hovers over the gallery and the authority of any future director in light of a government move to bring under one broad administration the state’s three pre-eminent cultural institutions, the state museum, library and art gallery.

The proposal, which has not been widely canvassed within the cultural sector and is likely to be put before cabinet in coming weeks, is widely viewed as a backward step. Senior arts sector figures say it could deter candidates from applying for the top job at the AGWA, which will be left empty when director Stefano Carboni leaves this month.

The Australian understands the Council of Australian Art Museum Directors, led by Queensland Art Gallery director Chris Saines, has written to the West Australian government expressing concern over any administrative merger of the AGWA with other institutions.

The Australian Museums and Galleries Association also has written to the WA government saying a merger “is not a functional option for major cultural institutions that operate to their own mission, have defined collections and take distinctive approaches to telling their stories in ways that serve their public”.

Its letter, posted yesterday on the AMAGA website, says philanthropy and sponsorship are likely to be affected.

Last week, Arts Minister David Templeman announced an “interim leadership team” would run the gallery for the next few months. The new team structure marks a significant departure from Australia’s other state art galleries by splitting the administrative and artistic roles currently performed by Carboni.

Templeman says a new chief executive position will be filled temporarily by public servant Colin Walker, who has been seconded from his role as executive director of Culture and the Arts.

The artistic role of the gallery director appears to have been downgraded to “lead curator”, a position that will be filled three days a week by Fremantle curator Ric Spencer.

Dufour’s open letter has prompted a written response by Mrs Holmes a Court and AGWA Foundation chairman Warwick Hemsley, who say only that the interim leadership team “will ensure the continuity necessary to achieve the government’s ambitions for the gallery”. They say the director’s position will be advertised soon in the hope that it will be filled early next year.

It means the new gallery leadership will not be in place in the lead-up to the AGWA’s 125th-anniversary celebrations next year.

Dufour tells The Australian the AGWA is a statutory authority, “which in law means the board is compelled to make all decisions in the best interests of the gallery, whether or not it is the outcome being advocated by government. If a merger is not seen as benefiting the gallery the only ethical course of action available would be to resign.” Sam Walsh, chairman of the Australia Council, resigned suddenly last year as AGWA chairman over disagreement with the state government’s vision for the gallery.

Dufour’s letter also calls for the state government to be held to account for failing to adequately resource the gallery and its 20,000 works of art. “It is a travesty that one-third of the gallery display space is now closed to the public with most being used for collection storage or left vacant between temporary community-sourced projects,” he says.