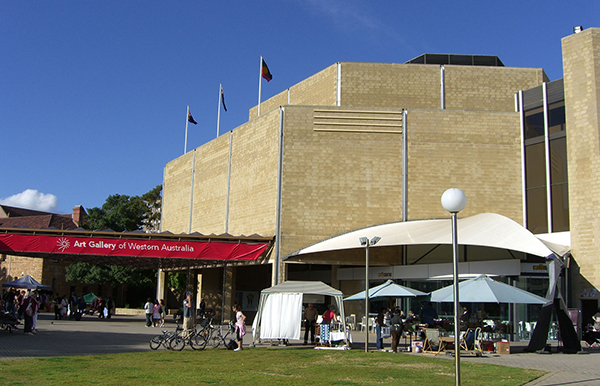 Culture and the Arts Minister David Templeman has today announced a new interim leadership team will oversee the Art Gallery of Western Australia for a six-month period.

The interim leadership team will work with the Art Gallery’s board during the recruitment process for a new permanent director.

Mr Walker is the executive director of the culture and the arts service area at the Department of Local Government, Sport and Cultural Industries, having spent more than 10 years with the department. The area is responsible for the sector’s funding, policy development and partnerships in Western Australia’s culture and arts sector.

Mr Walker has considerable international experience within the sector. He was previously Director of ‘Arts & Business’ in the United Kingdom, a charity organisation that develops partnerships between the arts and culture, and private sectors.

Artist and writer, Dr Ric Spencer will work with Mr Walker during this interim period, providing artistic leadership as lead curator of the Gallery.

Dr Spencer is curator of the Fremantle Arts Centre, City of Fremantle. From 2004-10, he was an art critic at The West Australian newspaper and from 2000-10, he lectured at Curtin University where he holds a Doctor of Creative Arts.

Comments attributed to Culture and the Arts Minister David Templeman:

“We are committed to ensuring the Art Gallery continues to generate positive outcomes for the Western Australian community.

“I thank and acknowledge Dr Stefano Carboni for his valuable contribution he has made over the past 11 years as director.

“I look forward to working with Mr Walker, Dr Spencer and the Board, as we work towards a new vision for the Art Gallery when it enters its 125th anniversary year in 2020.”

“I am delighted that the board can draw upon the experience and expertise of Colin and Ric as we recruit our new director and deliver on the Government’s ambitions for the Gallery.”