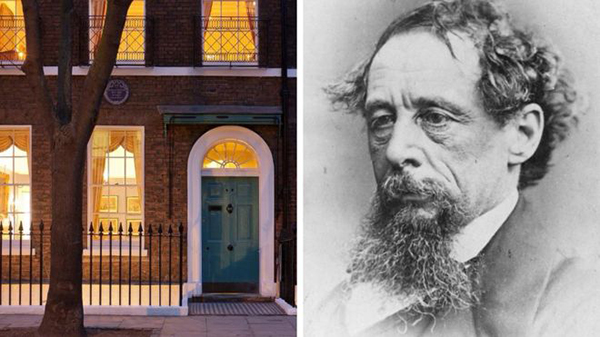 Some of the UK’s attractions and museums will be lost due to the impact of the coronavirus lockdown on their finances, arts bodies have warned.

Independent institutions that usually depend on entrance fees and are not backed by regular grants or funding are thought to be most at risk.

London’s Florence Nightingale Museum and Charles Dickens Museum are among those who have appealed for more help.

The government said it was “committed to supporting” the cultural sector.

There are about 1,600 independent museums and heritage attractions in the UK, with many of those in the capital.

They tend to be run as businesses, meaning most would have to charge an entrance fee and not receive the regular backing that has traditionally allowed some other larger attractions to open for free.

It has been their success as individual businesses that has left them most exposed during the pandemic, according to the Association of Independent Museums (AIM).

The body’s chair, Andrew Lovett, said he believed it was inevitable some museums would “just run out of cash and go to the wall”, with collections potentially lost.

“Their incomes have collapsed straightaway… They also don’t have huge cash reserves or working capital,” he said.

Mr Lovett thought others would have to downsize and cut opening hours, leading to job losses. 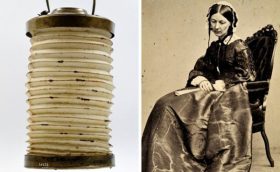 The nurse’s iconic lamp was part of the museum’s bicentenary exhibition.

The Florence Nightingale Museum is situated on the site of St Thomas’ Hospital, across the Thames from the Houses of Parliament and where the prime minister was last week treated for coronavirus. The museum’s director David Green had been anticipating a “bumper year” with a special exhibition marking the 200th anniversary of Nightingale’s birth.

“But it all went wrong from the start. Matt Hancock was due to open it but he never arrived and instead appeared that night on Question Time,” Mr Green explained.

About 98% of the museum’s income comes from admissions and retail, including school visits, while reserves were also invested into the bicentenary.

The museum’s team of 10.4 equivalent full-time staff has been cut to 2.6 posts by furloughing workers but the director said it was still costing nearly £20,000 a month to keep the museum going and insurers have not helped.

The timing of the closure has coincided with what would usually be the museum’s busiest months, including Easter and National Nurses Week in May, but like others it has been trying to maintain an online presence while hoping to get by on donations and web shop sales.

“These are very worrying times. Hopefully we will survive but at least we will know we’ve given it our best shot,” Mr Green said.

Mr Lovett said he believed the government’s job retention scheme had temporarily saved many attractions, and would do if it continued as long as they remain closed.

Grants from either Arts Council England or the National Lottery Heritage Emergency Fund can be competed for, although both bodies have been directing more of their support to those who they regularly fund.

In a blog, Arts Council England chief executive Darren Henley said the crisis had been “sudden and seismic” for the cultural sector and the response from the organisation could only do so much, meaning “some organisations will topple”.

A spokesperson for the National Lottery Heritage Fund, which has been offering higher grants of up to £50,000 from a £50m pot, said the fund was “committed to helping the heritage community as far as we possibly can but recognise that we cannot help everyone in every way”.

Attractions could also apply for loans but AIM has warned many would not be in a position to take on more debt.

One that did apply for a loan explained to the BBC it had been refused anyway after being told its business was not viable because it was not trading. 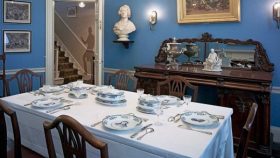 The museum is in the house where the author wrote Oliver Twist and The Pickwick Papers.

Based in the famous writer’s only surviving house in London, the Charles Dickens Museum was opened in 1925 with the idea it should be self-funding.

It normally has a yearly turnover of £800,000 and director Cindy Sughrue said: “A month ago we were very solid financially… now we’ve got nothing coming in.”

Monthly costs have been reduced to about £30,000 during the lockdown but Dr Sughrue was not anticipating finances would improve much once the museum was able to reopen, with few overseas tourists initially expected to visit the city.

“We’re expecting our admissions in summer to be 25% of what they were last year. I anticipate it will take at least a year to rebuild visitor numbers,” she said.

While the grants being offered were “helpful”, the museum director said they were “woefully short of what this and other museums need to survive”.

“It is possible that so much we know and love will be lost from our cultural sector,” she said.

Dr Sughrue told the BBC the chancellor’s announcement of £750m for charities was “quite rightly” not for the likes of the Dickens Museum, but said now was “the time to be planning for the recovery of the heritage and tourism sector that is so vital to London’s economy”.

Both she and Mr Green suggested support could come from London’s mayor.

While welcoming all help offered so far, Mr Lovett said AIM was also “continuing to make representations to the government”.

A spokesperson for mayor Sadiq Khan said culture “must play a key role in helping us recover from this public health crisis”, and the mayor and his team were “committed to doing whatever we can to help”.

“However, City Hall simply cannot sustain this vital sector alone and we urge the government to do more to protect museums and attractions and ensure they don’t fall through the cracks of the support packages available.”

A spokesperson for the Department for Digital, Culture, Media and Sport said: “We are committed to supporting our world-class museums and arts sectors including through the unprecedented government package to help businesses, workers and organisations in these challenging times.”