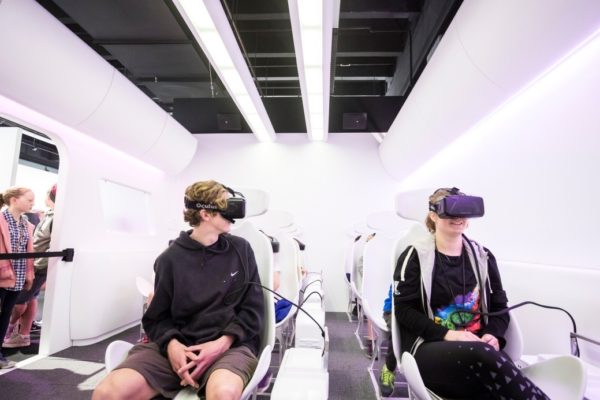 “It really does have something for everyone. Visitors can travel back to the days of pioneering flights and the daring aviators who opened up the country bringing New Zealand to New Zealanders and New Zealand to the world. From there it’s a chance to check out replica Solent flying boat and DC-8 cabins and then to fly into the future – without leaving the ground – in a four-minute flight in a virtual reality cabin (right).

“The virtual reality cabin is proving very popular as is the chance to design, paint and make your own plane. Followers of fashion will love the display of crew uniforms starting with the early military styles, through to the elegance of the 1960s, vibrant patterns in the 1970s, to today’s uniquely Kiwi, Trelise Cooper designs. There’s even a chance for uniform dress-up for our younger visitors.”